What a totally amazing chilled out day I’ve had!

I think the clocks going forward must have left me feeling a bit weird as I woke up at midnight and could not sleep. I ended up having to take some herbal sleeping tablets. They worked but when I woke up my head felt really fuzzy. I did something I haven’t done in ages and had breakfast in bed while watching the Australian Grand Prix (go Button!). I had a mug of warm water then some home made muesli mix containing puffed brown rice, jumbo oats, quinoa flakes, ground flax and grape nuts with skimmed milk and some red grapes for sweetness. 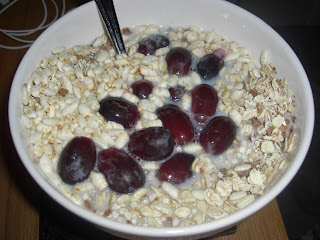 I pottered about a bit then got on with my workout – 20 mins of Davina Body Kick Fit section followed by my weights routine as laid out in my March training plan. After I’d done that I had a serious craving for a green monster so I blended up a load of spinach with a frozen banana, vanilla rice milk, a scoop of vanilla whey, a spoonful of peanut butter and a bit of water. It was absolutely yummy! 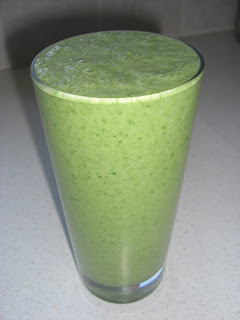 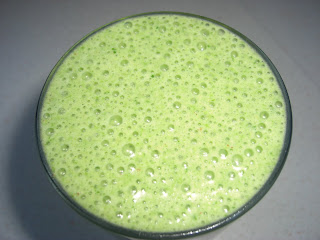 I then started on my cooking. Firstly I made some Courgette and Watercress Soup, taken from Sophie Dahls cookbook, Miss Dahls Voluptuous Delights. 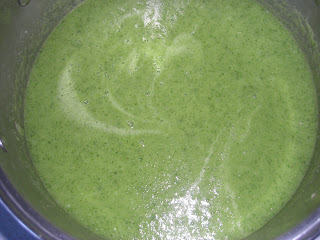 This is slightly different to the original recipe as that included cream which certainly isn’t in my fridge! For something so simple, this tastes really lovely, like spring in a bowl! This recipe made 4 portions. I’m going to freeze two and have the other two during the week.

The second thing I made was some Veggie Burgers (more on that in a mo). After I’d cleaned up the kitchen I went and did 45mins of my Yogalates DVD, I had planned on doing the full hour but my mind was just drifting on to lunch. I made myself an amazing salad of spinach, little gem lettuce, cucumber, grated carrot, red onion, roast red pepper, beetroot, and feta cheese. It was quite possibly the best salad I’ve ever had! 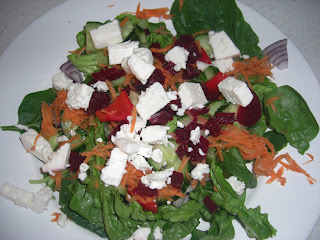 I also had a couple of little chopped apples. 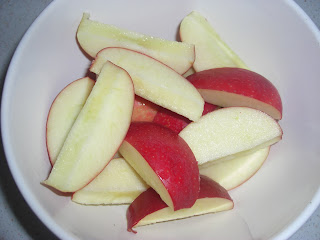 After chilling out in front of the TV some more, I got on to making some Cherry Bakewell Babies! I had some cocktail cherries to use up after I made my Chocolate Mousse with Cherry Compote a couple of weeks ago. I was inspired by both Chocolate Covered Katie’s fudge babies and Averies Oat and Raisin raw cookies and I came up with this. 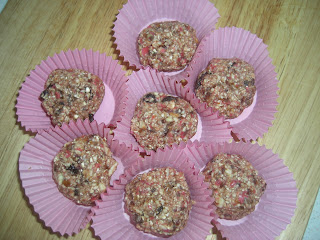 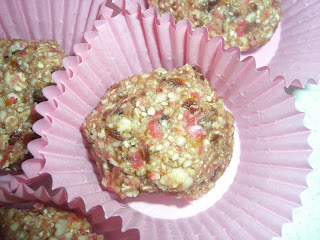 These are far too tasty! They taste just like cherry bakewells! I know that cocktail cherries aren’t the healthiest ingredient, but theres not much of them in this and they give a wonderful flavour. I’m sure that dried cherries would also work well. I ate two of these with a cup of green tea as a mid afternoon snack (plus some of the mixture out of the food processor and another 6 cocktail cherries may have found their way into my mouth in the process!). I also had a bowl of red grapes. 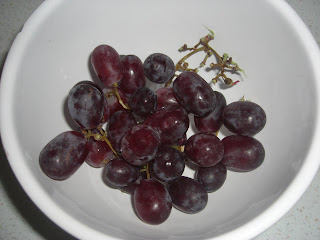 For dinner I had one of the Veggie Burgers I’d made earlier using a recipe inspired by Angela at Oh She Glows. I used:

I basically whacked all the ingredients, except the flour and seeds, in my food processor and blended till smooth. I then added the seeds and mixed in flour gradually until the mixture reached a thick consistency. I got 4 burgers out of this mix, I wrapped the rest in clingfilm and popped them in the freezer. I fried mine in a hot pan till browned and cooked through then served it with some steamed brocolli and brussel sprouts. 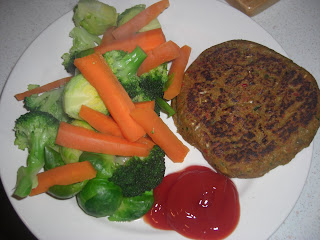 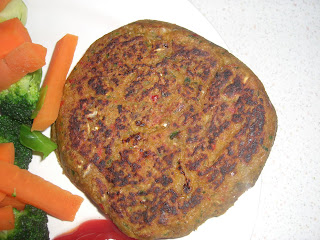 I followed that with an orange. 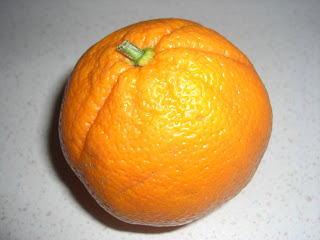 The weekend has flown over again, I can’t believe its back to work tomorrow. At least its a short week, I’m really looking forward to Easter this year. I’m expecting a bit of a blow out food wise next weekend so I think I’ll be trying to be as healthy as possible this week in preparation! I think that I saw a Lindt Dark Chocolate Bunny at my Mam and Dads yesterday and I know that J has a secret stash of Cadbury’s Creme Eggs somewhere. Whats your favourite Easter treat? Hope you have all had a lovely weekend x