Hi Everyone, I’m posting now as I won’t be able to post later as I will be at my friends tucking into lots of yummy food and wine! Will report on that tomorrow.

Have had a really busy day so far. Started off with a cup of green tea and one of my homemade fuel bars. 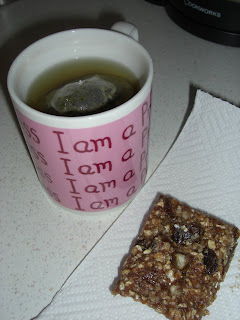 Then I hit the shops for them opening to get my groceries in for next week. I usually do this on a Sunday morning but as I’m out tonight I thought I would rather get it out of way. I’m planning some good eats next week!

When all of the shopping was put away I headed out for a run. This was going to be my longest run to date. Last week I ordered an arm strap for my iPhone so I decided to download an app to track my run (until I can afford a proper HRM watch thingy). I got Runkeeper, it was a free app so I wasn’t expecting much but it worked really well! I also did myself a killer playlist to keep me going. When I had tracked the route on Realbuzz it had come to just under three miles, it was actually 2.66 miles according to Runkeeper and I had managed to do it in 28:47. 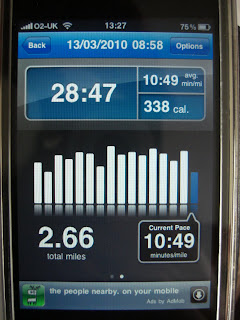 I don’t know if this is good, bad or other for someone who has been running for a few weeks but I’ll take what I can get! It gives me a great starting point to improve on. As I’m only running once a week I can’t decide if I should focus on increasing my distance or increasing my speed or both at once. Any experienced runners out there want to give me any tips?

When I got back and cooled down I stretched a little and did my Yogalates DVD for an hour which I really enjoyed until I heard loads of banging coming from down stairs. It appears we have new neighbours! We live in a little one bed flat and there hasn’t been any tenant in downstairs for ages. Guess I’m going to have to stop jumping about to my DVD’s early in the morning and be the considerate neighbour!

After that I had breakfast as I was starving! I made some porridge with water then added some natural yoghurt, hazelnut and almond rice milk and a scoop of chocolate whey and topped it off with half a chopped banana, some dessicated coconut and a spoonful of hazelnut nut butter, delicious! 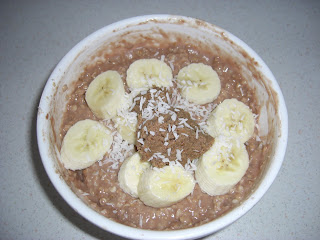 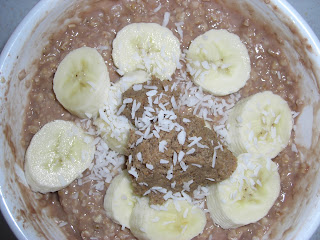 After pottering about a bit with my music dead loud to cover up the racket from downstairs I started on making desert for tonight. My best friend is making dinner so I said I would make desert. I had decided to go for tofu chocolate mousse but I couldn’t find any silken tofu in the shops so I thought I give it ago with greek yoghurt instead.

I started by making the cherry compote. I defrosted the frozen cherries and added them to a saucepan along with the pressed apple juice. 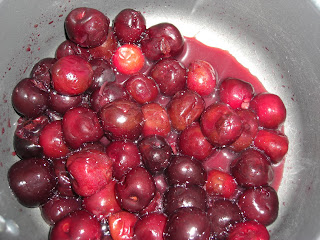 I then brought it to a rolling boil and let the liquid reduce by about half. While it was boiling I added in the cocktail cherry syrup. 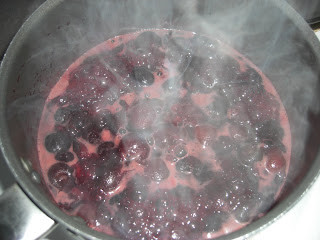 Once the cherries had thickened I turned off the heat and let the compote cool down and then added in the chopped cocktail cherries (I had added about 12 but when I tasted it I thought it would be too sweet so took half of them out). 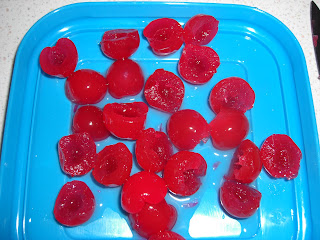 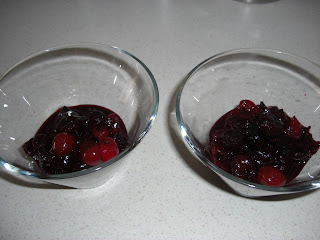 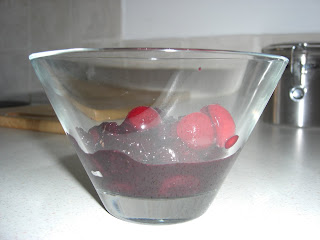 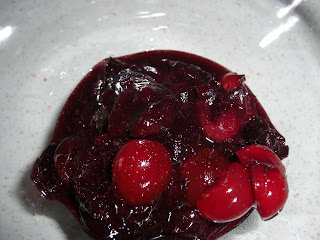 While the cherry mixture was cooling in the bowls in the fridge I made the chocolate mousse. I put the greek yoghurt, cocoa powder and agave into my food processor and mixed. I kept on tasting and adding in more agave / cocoa powder as I went on. When it was all mixed in I spooned the mousse on top of the cherries in their glass bowls and popped in the fridge to stay cool until tonight. 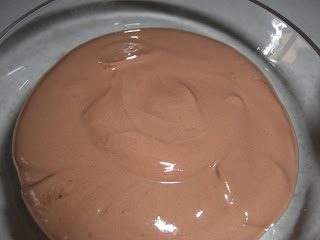 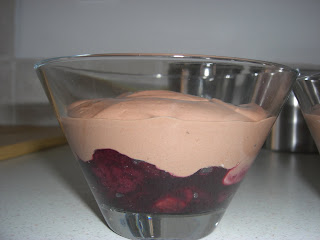 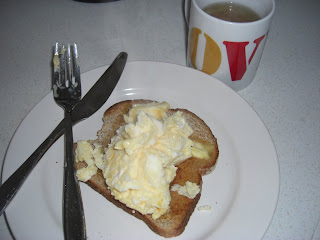 Followed by a chopped apple and the other half of my banana from my breakfast. 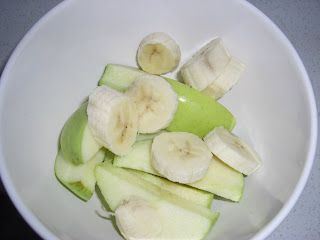 Well I’m off to see my Mam, Dad, Sis and Nephew and to give my Mam her Mothers Day gifts and cards. I think I’ll snack on some cottage cheese and raisins a bit later before dinner. I will be eating plenty of cottage cheese over the next couple of days as I bought a four pack and the use by date is tomorrow (doh!). I might take a couple of cartons through for my friend to use up.
Hope everyone is having a fabulous weekend! I can’t wait to see my friend later and get stuck into some good grub, will report back tomorrow! xxx