I’m even more excited than usual about it being the weekend as next week I am off work! James starts his new job in a week so we though it would be nice to have a week together to relax and chill out. We’re having a short break to York mid week, and I’m looking forward to some new season clothes shopping, enjoying coffee again (my kick start plan finishes next week so coffee will be back in my life!) and yummy food. After next weeks planned spending I will be on a major austerity drive though, I have to regain some control of my finances!

Thursday morning I was up early to do my Yoga and core exercises. I warmed up with 5 minutes of jumping jacks and bum kicks then did the Yoga for Runners podcast followed by my v-ups, side planks, bridges, side to sides and donkey kicks. Breakfast was a bowl of 10 grain hot cereal made with water and oat milk, mixed berries, sweet freedom sweetener and pistachios: 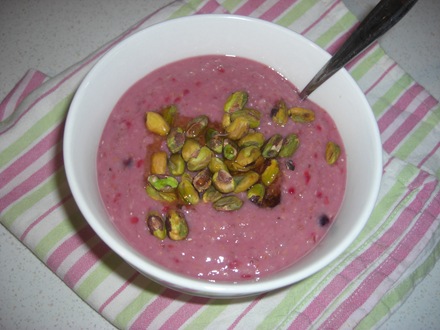 I loved this! I must remember to eat pistachios more often. For lunch I had leftover Italian Leek Stew with some steamed savoy cabbage and two pears: 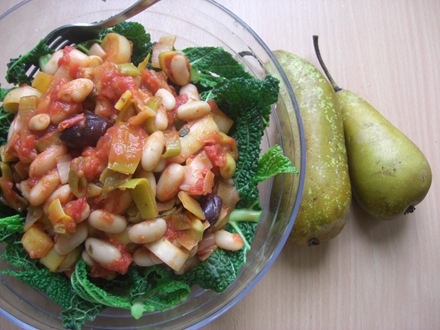 I should have mentioned in my last post how delicious this stew is! It was even better as leftovers. Mid afternoon snack was a raw cracker with high protein hummus and green pepper and carrot for dipping: 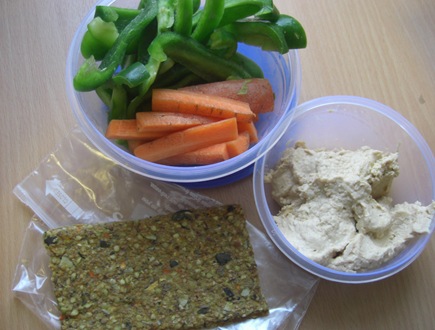 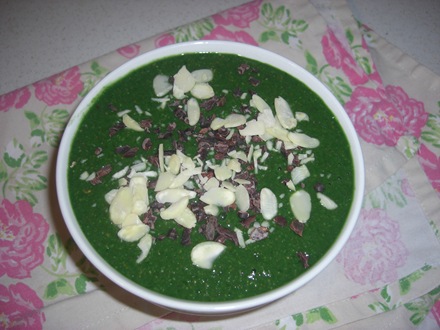 I topped it with cacao nibs and flaked almonds. I put so much spinach and cabbage in this I ended up with an extra half a bowl full! I love to eat super thick smoothies in a bowl as they make them seem more meal like and filling, for me at least. I also snacked on a couple of delicious apples. 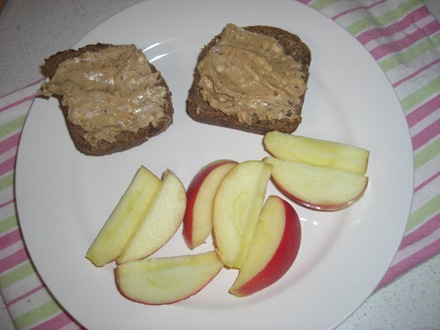 Lunch was Leek, Greens and White Bean soup with a pear and nectarine: 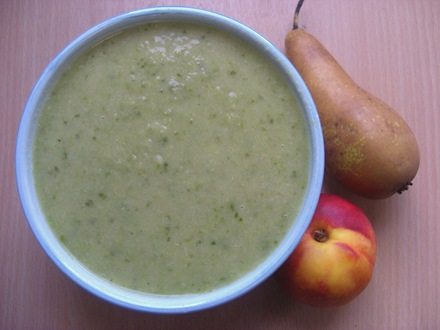 I finished work early and hit the gym for my strength and cardio workout. It went really well and I think next week I’ll be ready to up the weights and drop the reps! After wards I refuelled with a chocolate cherry protein shake containing a scoop of chocolate sun warrior, frozen cherries, ice cubes, kara coconut milk, matcha green tea, maca powder and tinctures. I chucked a few cacao nibs on top for added crunch: 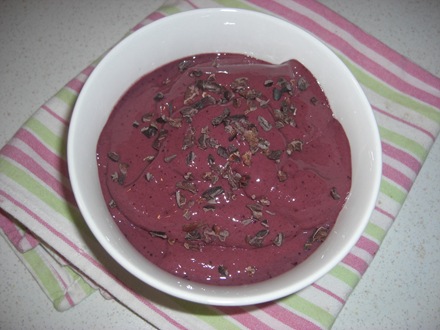 For dinner I made up a new recipe:

Begin by frying the onion and garlic in some olive oil on a medium heat. Add the spices and fry – taking care that they don’t burn – until they become fragrant. Add the pepper, roast squash, chickpeas, tomatoes and water. Gently simmer for 15 minutes until the veggies are tender. Add the chopped apricots and serve! 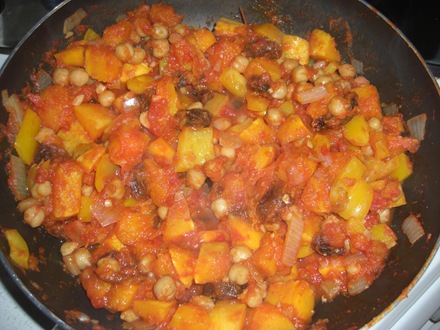 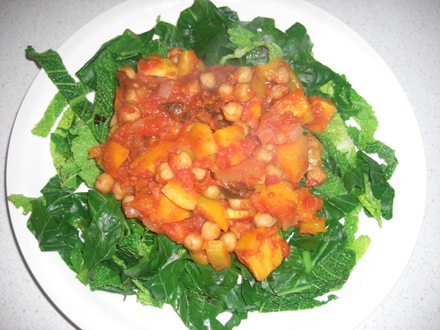 I served mine with a big pile of steamed greens. I just made this up based on a few different recipes I have came across. I’m not sure if its anything like a proper tagine but it tasted bloody lovely! You could make this without roasting the butternut first and just allowing it to simmer for longer, you could even just use cumin and not worry about the other spices if you wanted to keep it simpler.

Dessert was two oranges and some raw chocolate covered mulberries: 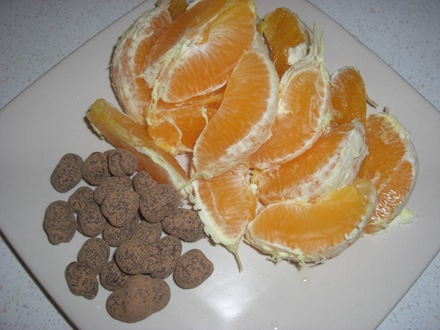 Still loving those mulberries! I’ve also been snacking on little apples and a clemintine throughout the afternoon and will probably continue to for the rest of the evening, I’ve been feeling especially snacky today!

This weekend I’m baking butterfly cakes for my Dad and Sister’s birthdays, visiting friends, having a trip into town and a night out for James leaving do so lots of fun stuff! I’ll also be sorting out my new make shift kitchen storage: 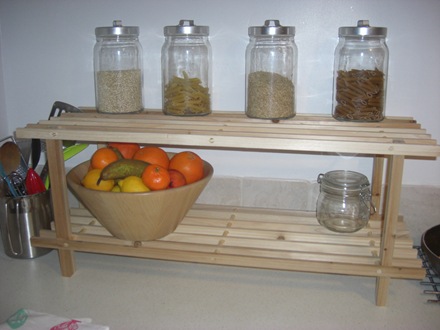 Yep, this is a wooden shoe rack that I plan to use as a counter top shelving unit! The storage crisis in my kitchen (due to my constant buying of foods) has lead me to try this out for size. I quite fancy painting it a funky colour and stacking it with more jars of pasta and grains and some storage tins for my crazy tea collection (anyone else have a tea collection?) I don’t think it looks too bad.

Well I hope everyone has a great weekend ahead, I’m off for a cuppa, catch you later!