I’ve had such a lovely weekend. Its been really relaxed, I’ve seen lots and people and I’ve been really productive so I certainly can’t complain!

Saturday started with a quick grocery shop followed by a big pot of sencha green tea and pancakes for breakfast: 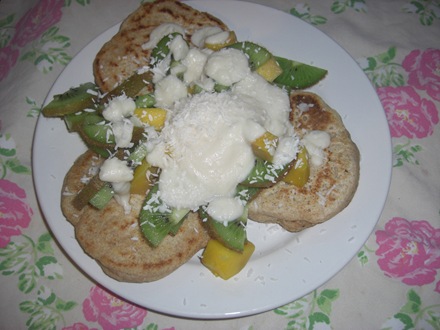 Mid morning I had a craving for fresh juice: 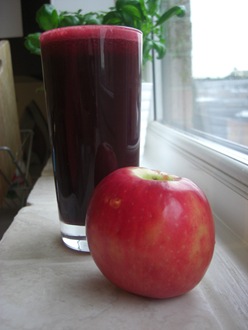 Carrot, beet, cos lettuce and ginger along with a pink lady apple.

For a late lunch I had the idea of throwing together some roasted veggies, couscous and leftover beans, the result was just so damn tasty I have to post it as a recipe!

Begin by tossing the broccoli and brussels in some oil and a little salt then roasting in a hot oven for 20 – 30 minutes until browned and tender. In the meantime add the couscous and vegetable bouillon to a bowl and cover with hot water. Cover the bowl with cling film and leave for 5 minutes until the water has been absorbed. Add the chickpeas, cranberries, lemon juice, oil and parsley and mix well. When the roast veggies are done plate them up and top with with chickpea couscous. 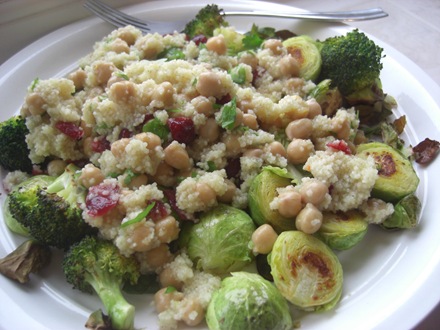 This was just so delicious! If you had a little bit of feta cheese that would be a great addition to this dish too. I also had a bowl of cherries.

During the rest of the day I snacked on another apple before heading through to my friends for a fun night in. It was so good to catch up with my two besties, we’ve been friends since school and they’re both just fab. I wasn’t drinking as I had the car so I took through some pomegranate juice and soda water plus some Divine Hazelnut Milk Chocolate and Green and Blacks Cherry Dark Chocolate: 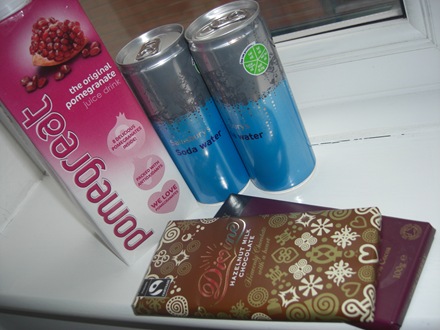 I had taken the chocolate through to share, however they had pizza which I didn’t fancy at all so I ended up eating pretty much both these bars plus a few Thorntons chocolate truffles. The chocy was lush but I felt a bit sick after eating it all! I thought I might have been hit with the food guilt after over indulging but considering I wasn’t drinking and had eaten well during the day I made sure any guilty feelings were sent packing!

This morning I was up nice and early for my run. My stomach was still feeling a bit dodgy so I decided not to eat anything before hand – I was pretty sure that the chocolate from last night would have given my body some fuel to burn! As usual I didn’t track my pace or distance but I did run for just over an hour so I reckon I did about 6 miles. Thankfully my tummy didn’t give me any problems and it wasn’t too cold – I really enjoyed my run!

Afterwards I headed to the gym for some steady state cardio and magazine reading. I did 45 minutes on the step machine, cross trainer and bike giving me a good 1 hr 45 minute workout. Obviously by the time I had finished that I was ravenous as so I made a giant green smoothie: 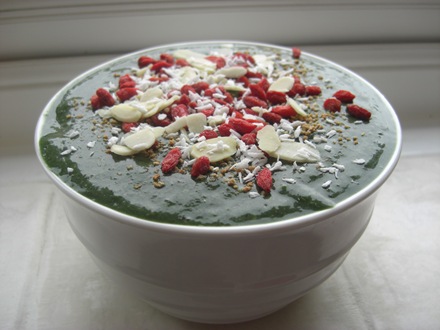 Lunch was a slice of toasted quinoa and amaranth bread topped with mashed avocado mixed with lemon juice and nutritional yeast, some carrot sticks, an orange and an apple: 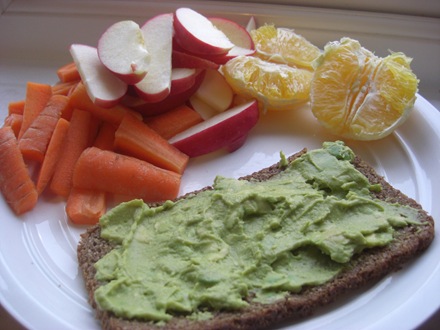 A little later I also made myself a lovely fresh green juice containing apple, cos lettuce, cucumber, ginger and lemon: 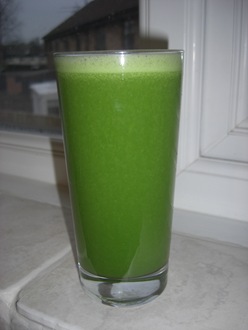 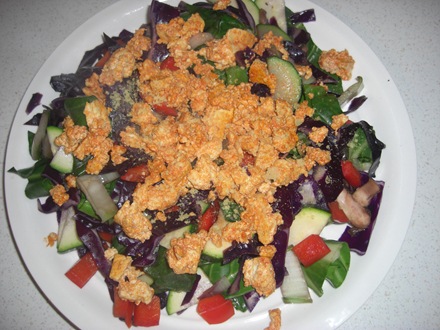 Dessert was a chopped pear with soy milk, granola and cinnamon: 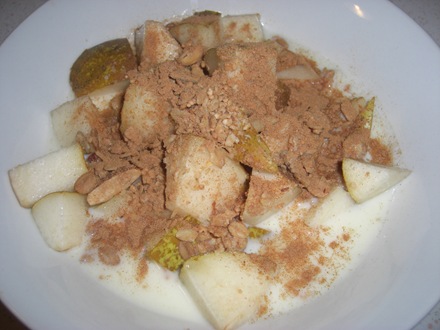 I realised a pretty cool thing over the weekend, after a good few years of constantly getting spots and having bad mood swings around my time of the month, it seems that both may have finally settled down. I have been loving the Dr Organic products I bought a few weeks ago:

The Rose Otto night cream has really helped my skin to be less greasy and the Olive Oil body lotion has such a lovely texture. I also think that using maca powder in my smoothies regularly (supposedly it helps to balance hormones) may be having an effect. It could all just be psychosomatic of course, but I have to say I’m feeling pretty on fire at the moment – the good mood I was in on Friday has certainly continued on to the weekend which has been great :-)

Have you tired any of the Dr Organic products before?

I have a nice week ahead of me and as I had a Sunday cook up session today making soups (I have a fab recipe for you later in the week!) and preparing other bits and pieces I’m feeling very well organised! I love being able to spend an hour pottering in the kitchen with the radio on making stuff for the week ahead. Anyone else have a regular Sunday cook up session?