Yey its Friday! I am now all officially registered on my Diet and Nutrition Advisor course and my camera and Garmin have been delivered so I’m buzzing!

Thursday morning I did 5 minutes cardio (jumping jacks, bum kicks etc) followed by a 20 minute Yoga for Runners podcast then some core and abs work. Breakfast was fantastic! I made up some porridge using 1/4 cup of oats, 2 tablespoons of oat bran and 1 1/2 cups of water on the stove. I then added 1 heaped tablespoon of my Viva Pure Chia Super food porridge mix and another tablespoon of my vanilla hemp protein powder. I also added some sweet freedom sweetener. I topped it with fresh blueberries, some of my tofu yoghurt, pumpkin seeds, sunflower seeds and goji berries. I also had a maple walnut coffee with kara coconut milk: 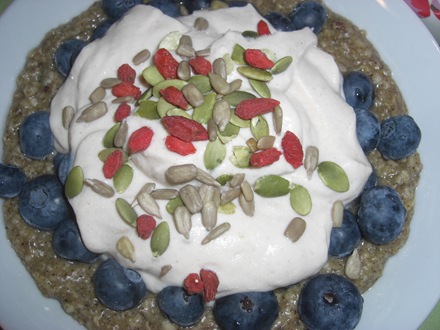 Such a good breakfast, I love oaty yoghurty layer ups! I was very impressed with the chia porridge super food mix. I actually think its designed to be made into a porridge in itself but I really liked the taste it added to my oaty porridge – plus it will last longer being used this way!

Lunch was a bowl of heaven, i.e. the yummiest soup I’ve made in a while:

Begin by gently frying the onion in a little oil until transparent. Add the broccoli and cover with hot vegetable stock. Allow to simmer for 10 – 15 minutes or until the broccoli is tender. Add the peas and simmer for a further 5 minutes. Remove from the heat and blend the soup until smooth using a hand blender or regular blender. Add the pesto and either blend again or stir well. 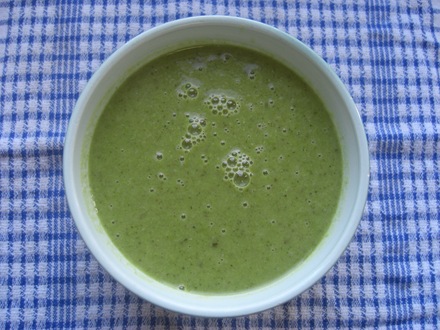 This soup is the bomb! So simple and easy to make and really full of flavour. You could make a vegan version using vegan pesto if desired. It also freezes very well too.

I also had a kiwi and nectarine: 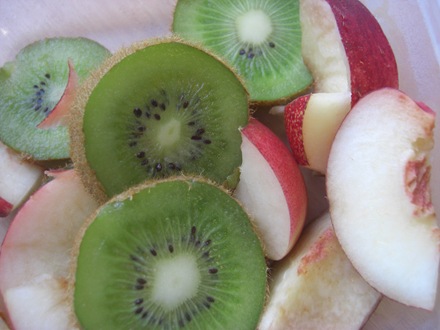 Mid afternoon I snacked on a dried apricot, dried fig and some brazil nuts and pistachios: 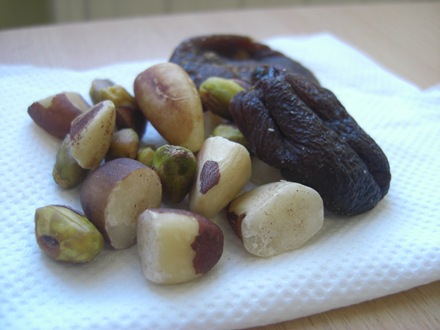 Last night we went out to see KT Tunstall play a gig in Newcastle. Before we went I had a quick dinner of a herbed socca wrap (usual socca recipe but with added chopped fresh basil and parsley) filled with roasted beets, carrot and broccoli and some organic feta. I also had raw carrot, cucumber and an apple and pear: 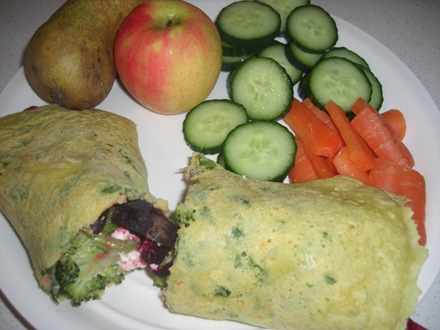 The wrap was delish! I loved the herbs in there, so tasty.

The gig was brilliant, I have a huge girl crush on KT Tunstall! Here’s a quick OOTD hastily shot in the loos at Cafe Nero ;-) 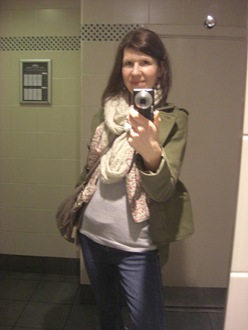 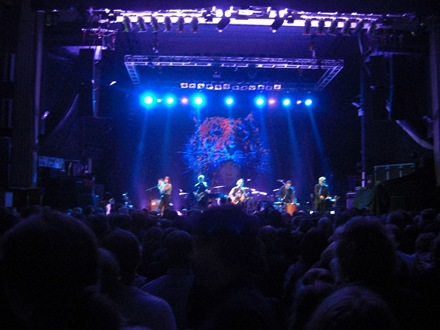 This morning I had a big bowl of Dorset Cereal Tasty Toasted Spelt Muesli with blackberries and kara coconut milk. I also had a butterscotch coffee with sweet freedom: Lunch was some of my super tasty Spicy Black Eye Bean Soup followed by plums and kiwi: 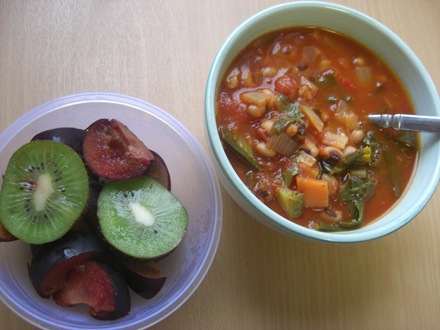 Mid afternoon I decided to treat myself to a 9 bar: 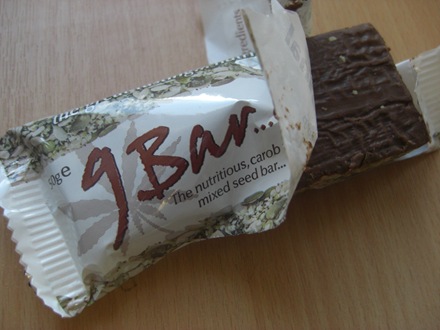 I haven’t had one of these in ages, so good!

I then hit the gym for my strength and HIIT workout. It was a bit of a half arsed workout to be honest, I did do mostly all I’d planned to but I know I could have put more effort in! I did my usual 5 minute treadmill run warm up followed by my usual full body strength workout and 30 minutes of HIITs on the cross trainer, step machine and bike.

Dinner was inspired by the Rainbow and Super food salads recipes in Leon: Ingredients and Recipes: 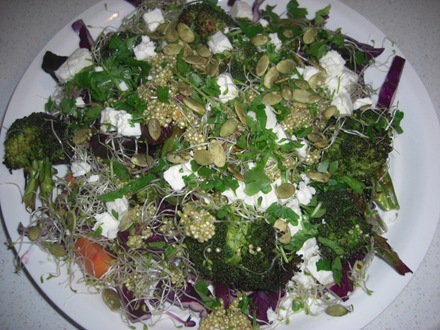 I mixed roasted broccoli, carrot and beetroot with some red cabbage, quinoa, alfalfa sprouts and feta then added some fresh chopped parsley, viva pure spicy pumpkin seeds and a quick squeeze of lemon juice. This was so so good! I loved this salad, so full of goodness and taste. 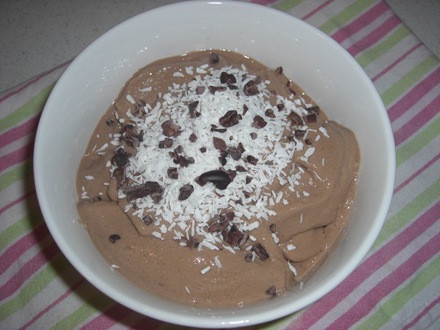 I really enjoyed the gig last night. James is a huge music fan so we like going to see live music when we can. Are you a fan of live music? What was the last gig you went to?

So happy its the weekend! I have another fun one planned including a trip to town so I can stock up on fruit and veggies at the market, catch up with the family and my gorgeous nephews, play with my new camera and Garmin, finish reading Crazy, Sexy, Diet (which I just can’t put down) and a run!

I also may be making an attempt to change up the blog a bit and move over to a new domain so if you visit and things look a little funky please bear with me.

Hope you have all had a great week and have a fab weekend planned! I’m off to play with my new toys, catch you later x