Monday Musings: How I started running

Over the last month I’ve received a few comments and emails from readers asking me how I started running. I thought it would be a perfect Monday musings topic, especially when I managed another sub 2 hour half marathon yesterday! 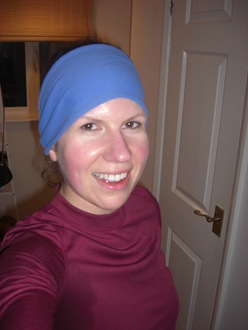 I first started running back in mid February 2010. I was about half way through my weight loss ‘journey’ and had just started blogging. I think reading about other bloggers running inspired me to give it a try, as well as having just gained 4 lbs! I recognised that my general fitness levels must have been ok as I managed to run 2 miles straight off.

I just started by going out there and doing it! I didn’t follow any plan, I just went out and jogged, I wasn’t bothered about my pace or distance, I just ran. I can remember that I would get nervous before each run as I was worried I wouldn’t be able to complete the route I had chosen. It was tough, but some how I always managed it!

Mmm, I can safely say I never look this cool when running! :-p

I can remember the day I ran 2.5 miles and really enjoyed it, I even called that blog post Mega Run. Little did I imagine back then that now my ‘mega runs’ are 13 miles! Towards the end of March 2011 I started to get more into it and got the Run Keeper app for my phone so I could start and monitor my mileage and pace. At this point I was was running 3 miles with my average pace being around 10.30 a mile.

In March 2011 I was an avid reader of JAG’s fitness blog. When she signed up for the Great North Run I was inspired and decided to look into doing it myself. It had always been on my bucket list, but until then I had never dreamed I’d be able to do it. Seeing other people in the blogging world attempting such feats gave me the confidence to try. I ended up getting a place in the race to run for Cancer Research UK, a cause very close to my heart. At this point I was running up to 4 miles.

I took the approach of gradually increasing mileage each week and I really started to take things more seriously. I was running 3 miles and needed to increase this to 13.1! I basically ran a little further each week, again not following any plan. After I could run about 5 miles I realised that I should get properly fitted for some running shoes which I did, but unfortunately I still got injured!

Looking back, I probably increased my mileage a little too quickly, compounded with having a wonky knee (or poor bio mechanics as the physiotherapist described it). I found being injured extremely difficult to deal with and very upsetting. I didn’t run for a month but managed to retain some fitness by working out at the gym. I got back to running with the help of a knee support and orthotics and trained from 4 miles at the beginning of July to 13.1 miles by the end of August – probably not a sensible approach, but I was determined to complete the half marathon!

In September 2010 I completed the Great North Run in 2 hours 7 minutes. It was without a doubt one of the greatest achievements of my life. I had always been last at cross country running in school, the ‘fat kid’ and hated all forms of physical activity. To actually run 13.1 miles without stopping and in a respectable time was just amazing for me. 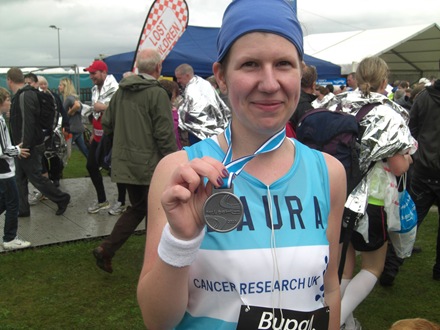 Since then I’ve continued running. Over winter I ran at a much reduced mileage and mostly on the treadmill. I decided to sign up for the Great North Run again this year and since getting back to outdoor running in March I’m making great improvements with my speed and distance, including achieving a sub 2 hour half and I’m loving running more than ever! 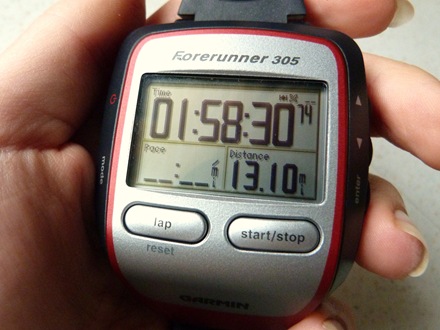 If your thinking of trying to start running here’s a few tips my experiences have taught me:

Are you a runner? How did you get into running? Any other tips for new runners you’d like to add?