Over the last few weekends since I started my Big Budget Challenge I’ve been getting into a regular habit of having a weekend cook up session.

I spend some time in the kitchen on a weekend preparing foods that can be used to make meals during the week, hence saving time and effort in the long run! As a lot of cheap vegan foods like grains and beans require longer cooking times, preparing these on a weekend makes a lot of sense. This also works well for making some raw dishes than need to be soaked or sprouted.

Some of the things I’ve been making on my weekend cook up sessions include:

Grains – every weekend I’ve been cooking up at least 1 1/2 cups (dry) of brown rice as this is one grain that James actually likes! It is also pretty cheap and versatile. In addition to this I’ve been trying out other grains like amaranth and pearl barley. 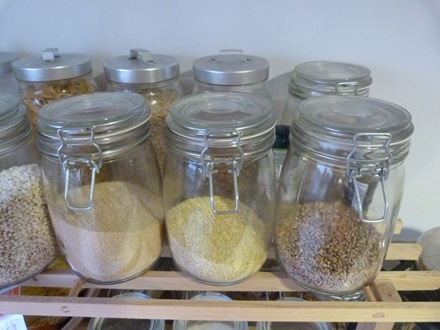 A protein source – weekend I’ve also been preparing some kind of protein source: a pot of dried beans which I soak overnight on a Saturday and cook on a Sunday morning or I’ve made a batch of seitan or marinated and baked a block of tofu. 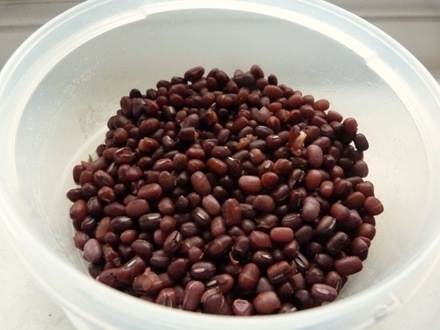 Soup – some weekends I’ve made up a pot of soup using up veggies I have available alongside some of the grains and beans I’ve also cooked. I usually make at least 4 servings and freeze most of them in bags for quick lunches. 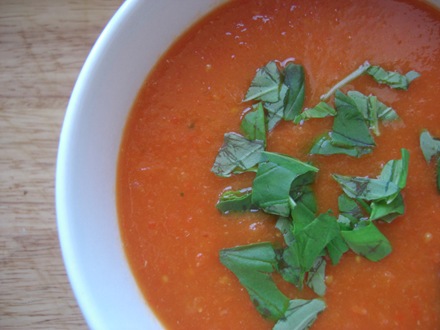 Veggies – as I’ve been knee deep in squash recently, every weekend I have been roasting up a large one. I love squash as it really is such a versatile veggie – I save some for use in main meals but then I’ve also made some into a dip or pureed it and used it with breakfast. 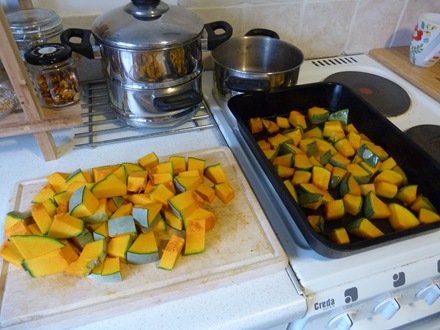 A dip or dressing or both – Over the last few weeks I’ve used leftover juice pulp to make some garden pate, roast squash to make squash dip, or some of the cooked beans to make a hummus 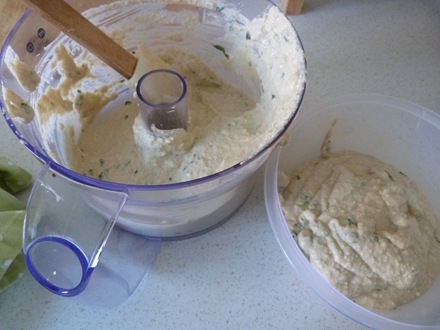 I like to alternate between making a cooked dip or a raw dip as this gives me a bit of variety! I’ve also sometimes used a dip as a dressing by watering it down or I’ve made up a jar full of dressing, my fave being green goddess dressing! I use the dressing on my big salads or to add extra flavours to dinners.

Nut milk – I have also enjoyed making up a batch of nut milk some weekends. I like to alternate it with using a carton of a non diary milk as most cartons of milk are fortified with calcium, B12 and vitamin D so I like to make sure I’m getting that added nutrition too. I usually use the raw nut milk as a base for raw breakies. 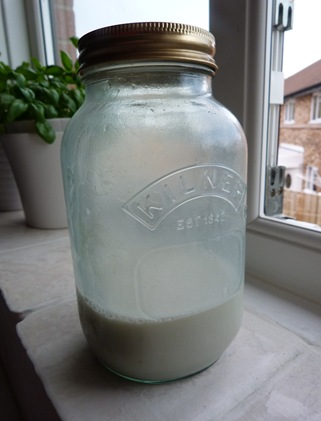 Dehydrated goodies – Most weekends I have the dehydrator on with something ‘un cooking’ – I’ll make raw crackers using up the pulp from my weekend green juice, dry out some soaked nuts and seeds with flavourings for use on top of salads or be making raw cookies or granola with the leftover pulp from making nut milk 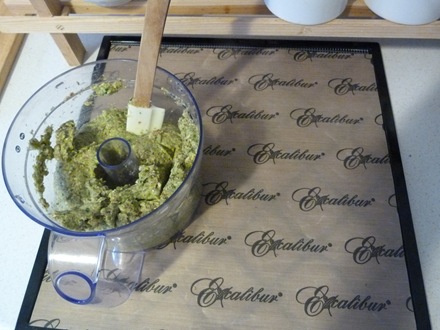 Sprouting – I usually have several jars on my counter top soaking nuts and seeds for the raw recipes or sprouting alfalfa for use in salads or on top of soups during the week. 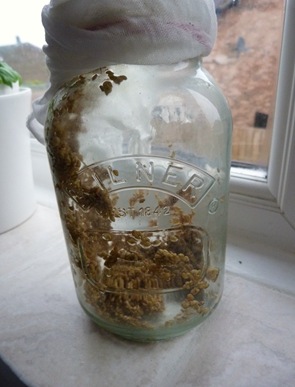 I know all of this probably sounds like a lot of work but it usually only takes a couple of hours max if you multi task – a few minutes to measure out and soak beans, nuts and seeds on a Saturday then an hour on a Sunday while the grains and beans are cooking and the squash or tofu is roasting, plus and additional half hour to get the food processor out and blend a few things up. What you get in return for spending this time is a smaller grocery bill and a much less stressful week!

With all of these things cooked and prepped and sitting in the fridge, sorting an evening meal out is more a case of assembling the ingredients and a bit of reheating than actually cooking.

This weekend I made some raw cashew butter, hummus, roast squash, roast some squash seeds, cooked some quinoa (I’ve got wholemeal wraps for James this week instead of rice), cooked some adzuki beans, set some alfalfa seeds to sprout, made a couple of cups of pumpkin seed milk and put some raw crackers in the dehydrator (made using the leftover juice pulp from my weekend green juice and the pumpkin pulp from the milk). Out of these I plan on making:

I also made enough caramelised brussel sprouts to go with another couple of meals too. Apart from chopping and steaming a few veggies, plus assembling and toasting some wholemeal wraps for James, I don’t have much cooking to do until half way through the week when I’ll probably just either make something quick and easy like a stir fry, or I’ll raid the freezer for some stew or curry I’ve batch cooked. Much less stress in the kitchen after a long day at work!

Do you have a weekend cook up session? How do you do yours? What’s your favourite foods to prepare and how do you use them during the week?