I love the Postman

I think I’ve had a parcel arrive every day this week, when its not something for me its a gift I’ve ordered for someone else which makes me even more happy!

First up I received my Secret Santa gift from the lovely Nada: 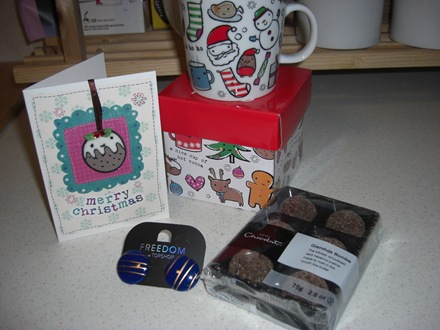 This wasn’t so secret as obviously I had to let her know who she was buying for! I received some gorgeous earrings, a beautiful festive mug and a pack of the most delicious sounding Hotel Chocolat hazelnut truffles.

I also received another Secret Santa gift, when I first mentioned doing Secret Santa only one none blogger commented that they wanted to take part, the lovely Bronagh, who I have also corresponded with via email for some time. I thought it would be fun to organise a little private not so Secret Santa gift swap with her: 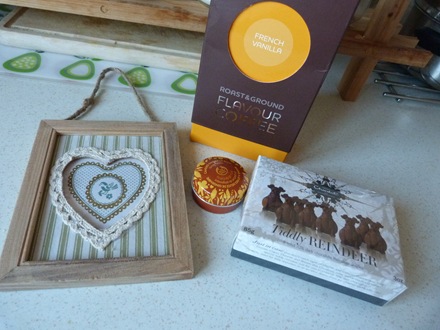 She clearly knows me so well! I received some vanilla coffee, some Hotel Chocolat Reindeer a pretty hanging photo frame and the most lovely candied ginger flavour Body Shop lip balm.

It hasn’t stopped there, yesterday I was so excited I screamed a little when I received a package from Jemma: 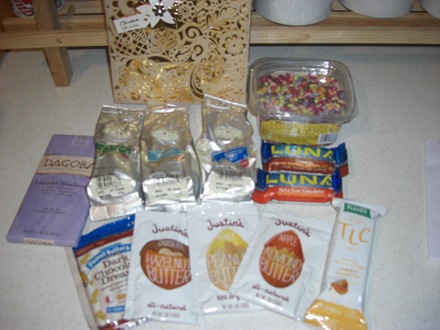 A few months ago I had signed up to take part in Jemma’s international food swap and unfortunately my partner didn’t hold up her end of the deal so I received nothing in return. Jemma is so kind and thoughtful that she got me some goodies on her trip to the states including blueberry and lavender dark chocolate, nut butter sachets, mini luna bars, flavoured coffees and my absolute fave choc covered sunflower seeds from Trader Joes. What a star she is, thank you so much Jemma :-)

Earlier in the week I also received a package from Amy’s Kitchen with a selection of their soups to try out for review: 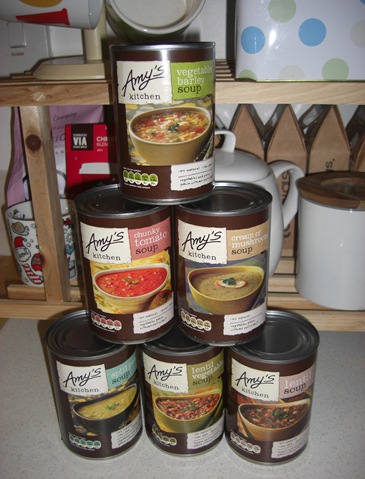 I’ve heard of the Amy’s brand from the states so its exciting that they are launching here. I’m really looking forward to tasting some of these!

So not a bad post week! James also helped me out sourcing the Yeah Yeah Yeah’s back catalogue of CD’s so I have that to look forward to arriving! There’s just something lovely about this time of year and all the parcels being sent and received :-) 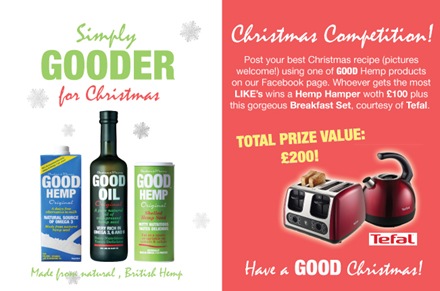 Before I go – why not check out Good Hemp’s competition on their Facebook page? Submit a recipe that uses a Good Hemp product and the recipe that gets the most likes will win a Good Hemp hamper worth £100 and a Tefal breakfast set! Even if you don’t have a recipe to submit why not check it out for recipe inspiration and give my honey and hemp granola and honey and hemp muffins recipes a ‘like’ while your at it ;-)