Worth feeling stuffed for

Hi everyone, how are you enjoying the last few days of 2011? I’ve been continuing to eat some gorgeous food but I have to admit I’m a bit stuffed and sugared out! Here’s just a few of the tasty treats I’ve had: 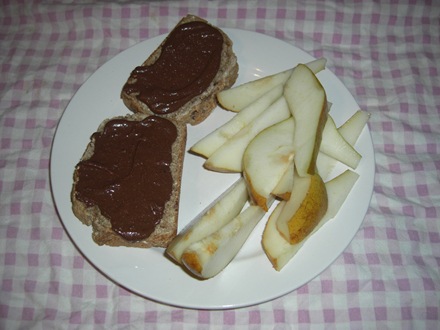 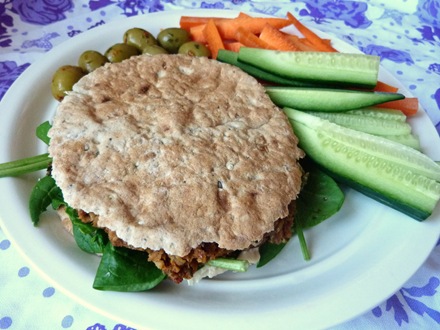 Pitta sandwich with a slice of my veggie loaf, sabra hummus, spinach and vegan pesto, veggies and olives 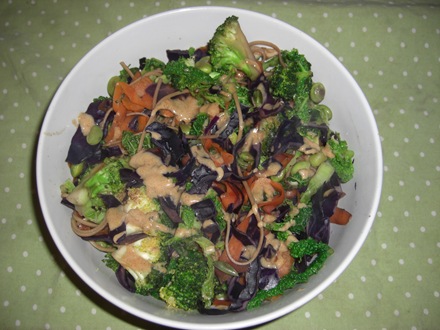 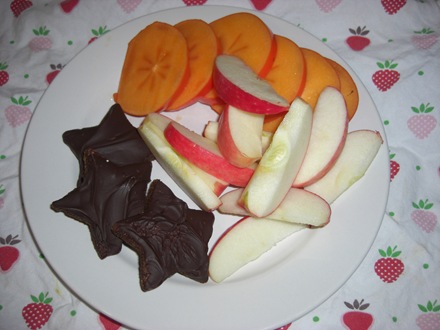 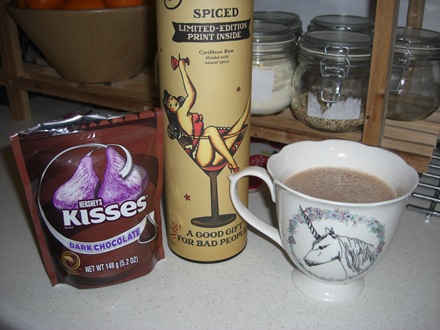 Hot chocolate made with soy milk and cocoa powder sweetened with honey and spiced up with some Sailor Jerry Rum. Hersey’s Dark Chocolate Kisses snackies 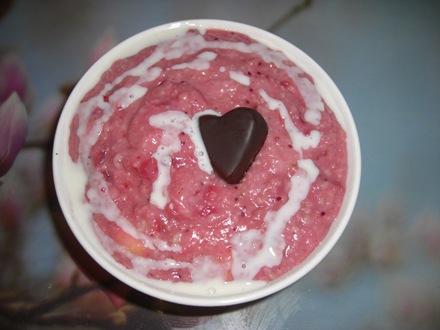 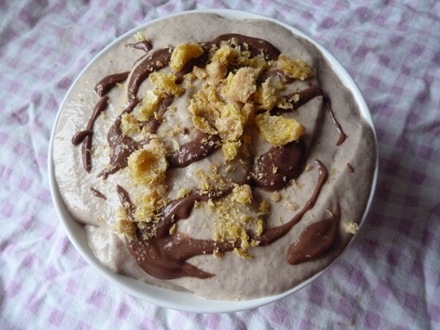 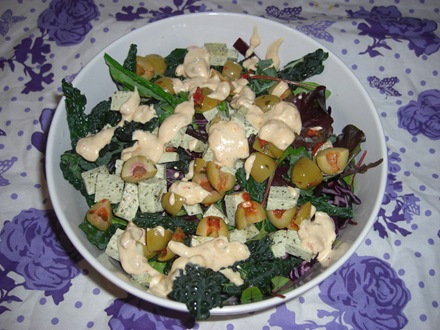 Big salad with cavolo nero massaged with lemon juice, small bag of mixed leaves, red cabbage, Taifun basil tofu, olives, sabra hummus watered down slightly and made into a dressing with some of the sweet pepper oil from the olives mixed in 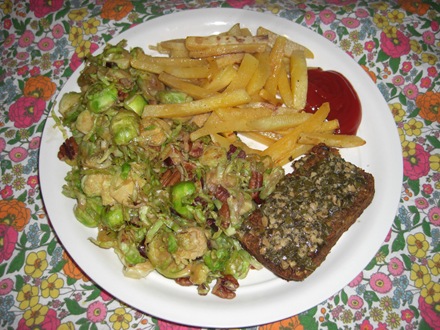 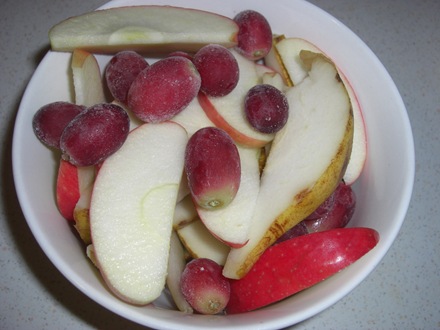 I have to say I reached my limit yesterday after having the porridge for breakfast and the PB cup smoothie post workout, I absolutely stuffed myself! I still have some chocolate and a couple of treats to enjoy over the next few days but I’m trying to take it a bit easier with the amount of food I’m eating. I’m not feeling guilty or anything, I’m just sick of feeling so stuffed, although the food has been so delicious its been worth it ;-) I’m looking forward to eating simpler foods in January! I have managed to keep working out pretty well though and have been to the gym the last couple of days – 1 hour cardio HIITs on Wednesday and I’m planning that again this morning and some strength training and 30 minutes of cardio HIITs yesterday.

I know I’ll be back to normal in January so it has been nice to enjoy more treats than usual – and even them haven’t been horribly unhealthy even if they do make me a bit bloated! How as this week been for you? Have you continued to enjoy your treats or have you been eating more normally?