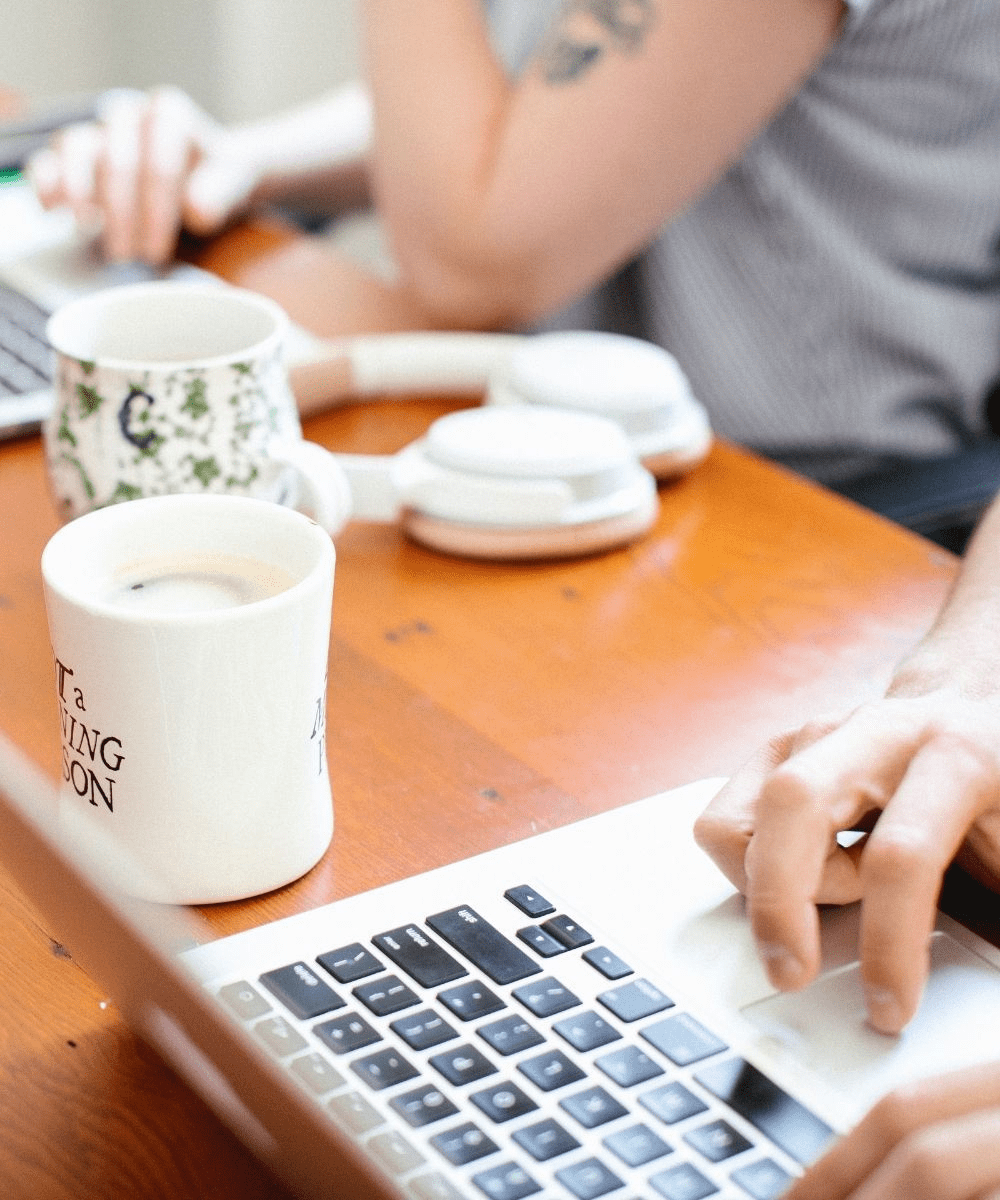 Can you make money as a coach? (and why I changed from Health Coach to Business Mentor)

Can you make money as a coach? (and why I changed from Health Coach to Business Mentor)

Recently I was having a conversation with one of my clients about a post another coach had posted on Instagram about the coaching industry.

We had a really interesting discussion about whether it is in fact possible to be a successful business to consumer (your typical health coach, life coach, spiritual coach) and why I changed my business from one that was based on health coaching to business mentoring amongst other things.

Listen to this episode on The Wholehearted Business Show Podcast

There’s a narrative that’s been shared in some circles online that only coaches who are coaching coaches or coaching around business are being successful.

I don’t believe that’s true, however I can understand why some people believe that to be the case.

The particular conversation my client shared with me from that other coach was basically someone saying that they’re being sold a lie that a B2C coaching business can be successful (this particular coach was in the spiritual / healing coaching industry) and that the only successful coaches are the ones coaching coaches. She also said that failed coaches were then being told to sell business coaching as a way of making money.

This particular coach had a very good online following, had published a book etc, and my client was really interested in my take on it all.

My feeling is that there are some ‘coaches of coaches’ who are selling a very exaggerated idea of success – the laptop on the beach multiple 6 figure thing – and when people aren’t achieving that they naturally feel disappointed, and dare I say a bit cheated.

Here’s the thing, it is absolutely possible to make a decent living as a coach, but to reach 6 figures / multiple 6 figures you need to have a fairly specific business model which can be more challenging for some coaches who are B2C.

Why did I switch from Health Coaching to Business Mentoring?

I trained as a Health Coach in 2012, while I was also working as a Development Manager in a charity that supported other charities and social enterprises. When I graduated IIN, I also set up a Social Enterprise. Supporting other organisations and enterprises was something I’d done professionally for a few years. My University Degree was also in Art and Design.

It wasn’t until the very end of 2019 when I finally decided to cease working as a Health Coach and completely move into Business Mentoring.

I say mentoring specifically as I mentor – i.e I give specific advice and lead people most of the time as supposed to coaching people.

I made the switch for lots of different reasons, I’d just had my daughter and I didn’t have time to run what was essentially two separate businesses. I was also finding that I had way more passion and interest in the business side of things – I talk about business and online marketing so easily as it’s just so much fun to me. I also see business – and the freedom it can give you – as a form of self care. I even started to see some of my health coaching clients become coaches themselves.

My business has become a hybrid combination of mentoring, design work and online programmes and that works really well for me as I get to feel creative, I have some diversity in terms of what I offer so I don’t get bored and I love what I do!

Is it easier to be a business coach than a health coach?

It really depends on how you look at it. In my experience there’s some elements that are easier either way.

For business mentoring it is easier to demonstrate return on investment – most people can expect when they invest in something for their business that there will be a monetary return in some way shape or form which can make it easier to sell services at a higher rate.

However, the potential audience / community is smaller and much more specific for B2B than for B2C.

When I was a health coach, my work which started off being focused on weight loss, then hormonal balance and eventually self care had a much broader appeal and a much larger potential audience than business mentoring.

I got PR very easily, built an email list of 7000+ fairly easily and found that I could therefore offer my products and services to a larger audience of people.

So for me, it really was 6 and two 3’s in terms of what was ‘easier’. In many ways I find marketing my business now harder in terms of reaching people, but it is easier to demonstrate value.

So what does work for B2C coaches?

If you’re looking for a good solid successful business that’s making £30-£60K I think you can build that up in a fairly straightforward way. If you’re looking beyond that number, then it may be that you either need a coaching programme that is £3K+ or you need to go broad and big with your audience numbers and offer something lower to mid price, likely courses, group programmes, memberships or a combination of that.

What some coaches may find is that scaling involves them essentially scaling out of coaching and into online marketer territory – that’s never been something I’ve wanted to do as I enjoy the 1:1 connection with my clients too much!

My health coaching business worked on a combination of 1:1 coaching, group programmes, memberships and courses (I’ve tried all of these at some point!) and the odd retreat thrown in too. Plus I was commissioned to write two recipe books Coconut Oil and Grains as Mains which brought in a little bit of income too. I also did a few in person workshops and appeared as experts in different capacities. It was really successful and paid my mortgage and bills for many years before I really started making a lot of money in my capacity as a business mentor.

So if you’re wondering if it’s possible to make money as a coach, it absolutely is – what’s more tricky, is making Six Figures plus as a B2C coach – it’s not impossible, but it is harder and requires a particular business model and marketing plan.

I’d love to know if you’ve found this helpful – let me know in the comments! 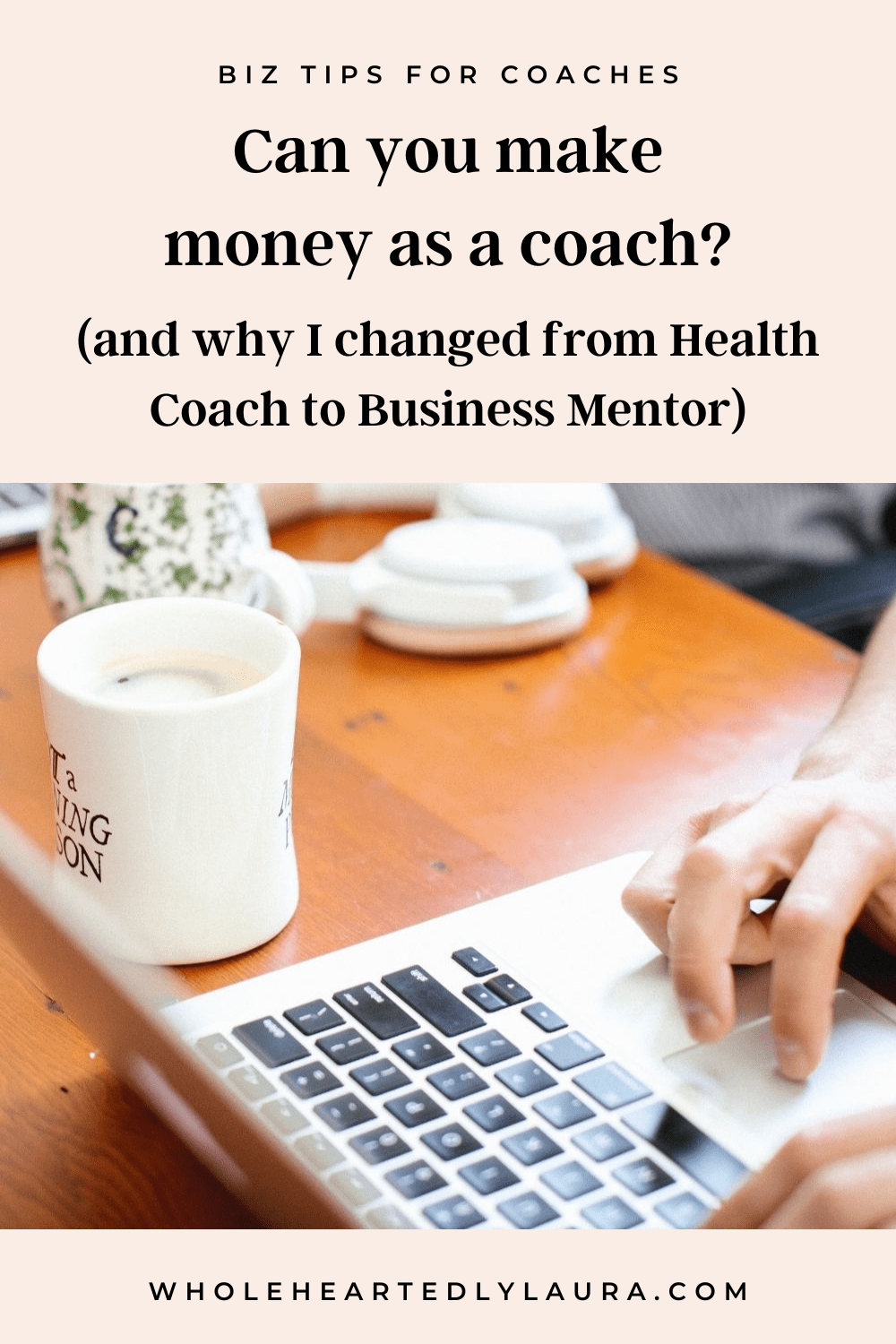 ← Behind the scenes of running a group programme Launching v Evergreen - which is best for selling your coaching services? → 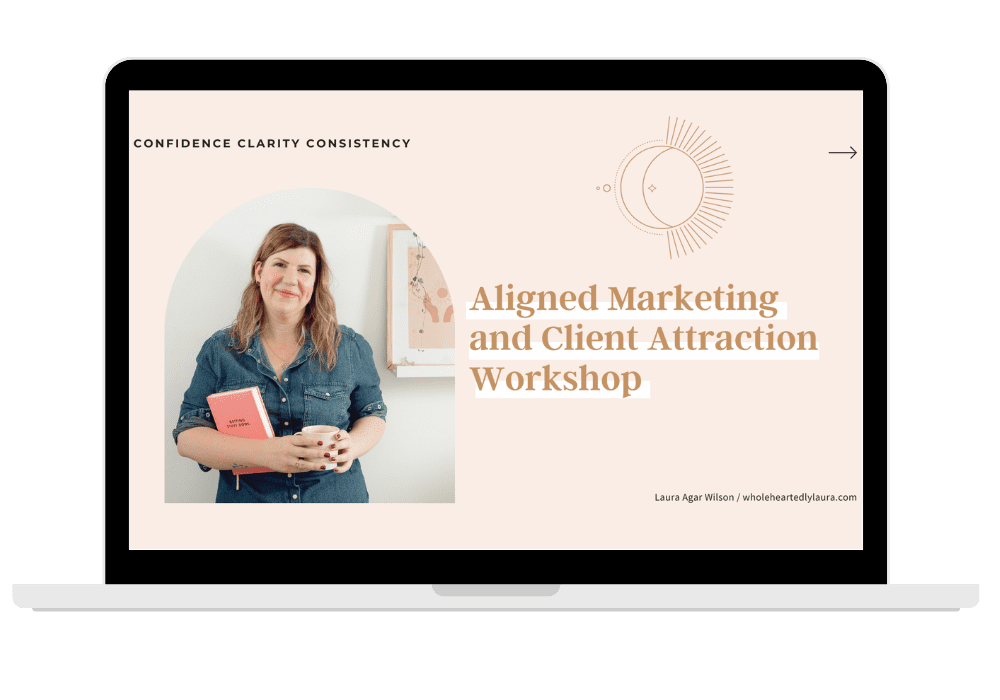 Watch this free training to learn how to get clients NOW, how to future proof the flow of clients for the future and how to set up your marketing so you actually enjoy showing up and being visible@