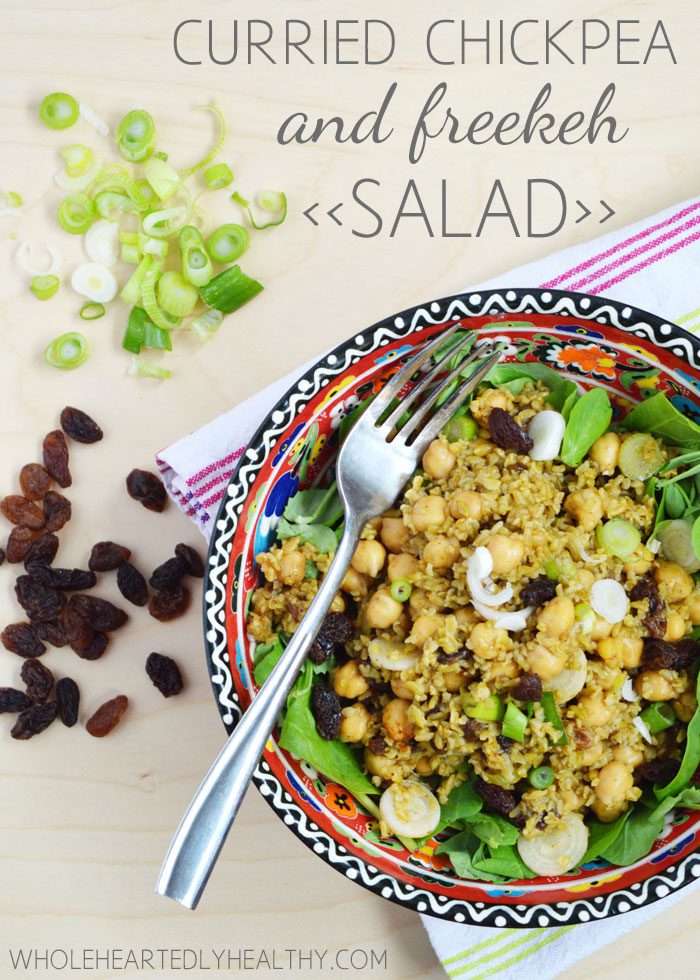 If you’ve never heard of freekeh, get ready because I think this is going to be a new trend. I’ve already seen it called the new superfood on MarieClare.com and due to it’s nutritional profile I think it will only become more popular which is nice to see in a world that seems to have become quite anti whole grains! Before you click away thinking it’s one of those hard to find health foods, you can actually find this in Tesco. I get the Artisan Grains brand.

As you’ll see when the recipe book I’ve been contributing to comes out, I’ve been experimenting with lots of different ancient grains including Freekeh. Up until a few months ago I’d never heard of this grain, although technically Freekeh is not a grain, but a process. Wheat is harvested while it is young and green, then dried in the sun before being roasted and cracked. It’s nutritional benefits include:

It’s even been touted as a contender to rival quinoa. Freekeh is not gluten free, but could be easier to digest for people who are intolerant to gluten rather than having a full blown allergy. As with all foods, I think it’s a case of giving it a try to see if you can tolerate it well. It has a texture similar to bulgur wheat when cooked and can be quite creamy. It would make a lovely porridge for breakfast! Plus you’ve just gotta love that name. Whenever I cook this I start singing ‘Get your Freak On’ by Missy Elliot, it has to be done ;-) 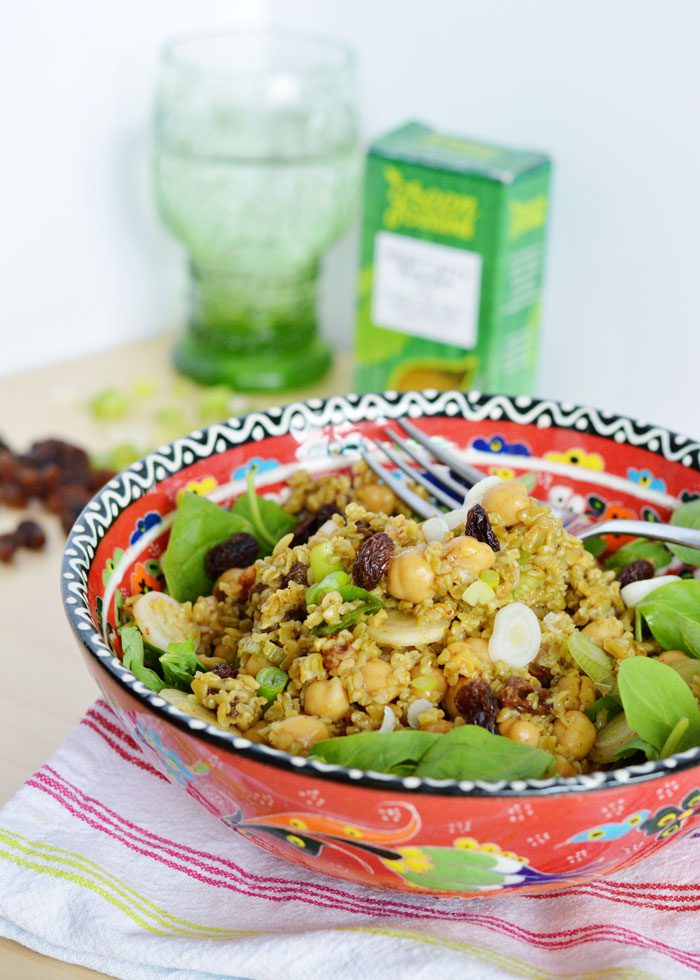 I decided to use it in a version of a delicious curried chickpea salad that I made a week ago for one of my community groups. I wanted to show them an easy cheap meal that tasted good, so made them this with couscous instead. It was pretty popular and when I tasted it I definitely thought it was more than blog worthy! 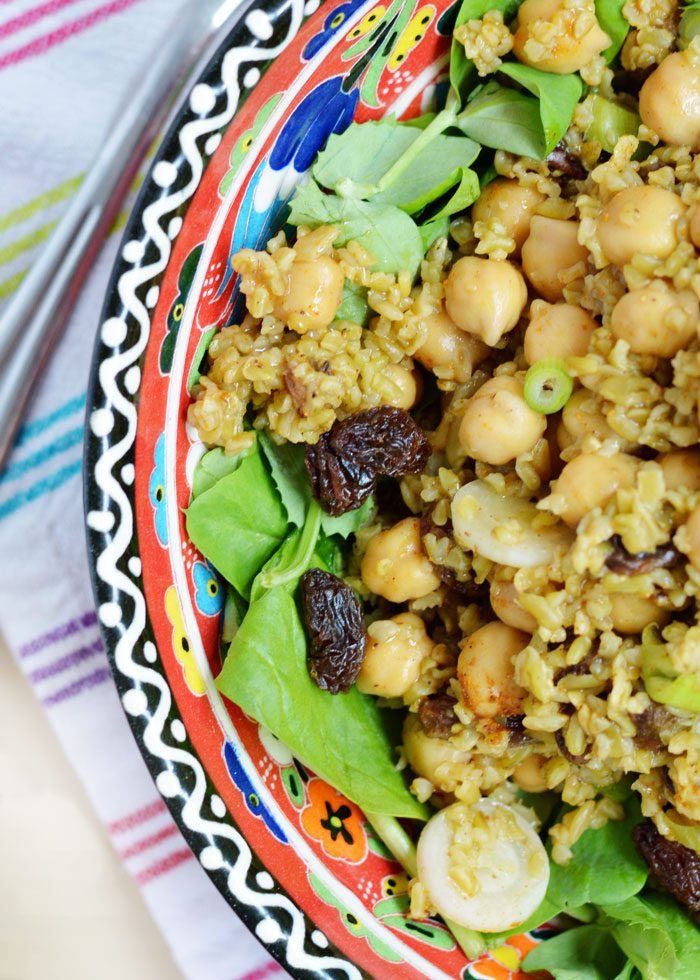 You could of course swap the Freekeh for any other grain you fancy, quinoa or millet would work especially well or you could go grain free with cauliflower rice. Freekeh is nice and easy to cook though, you just place 1/2 cup / 100g in a pan with 2 cups / 500ml of water and simmer it until the water has been absorbed, about 15 minutes. It has a nice chewy, filling, savoury taste that is really satisfying. 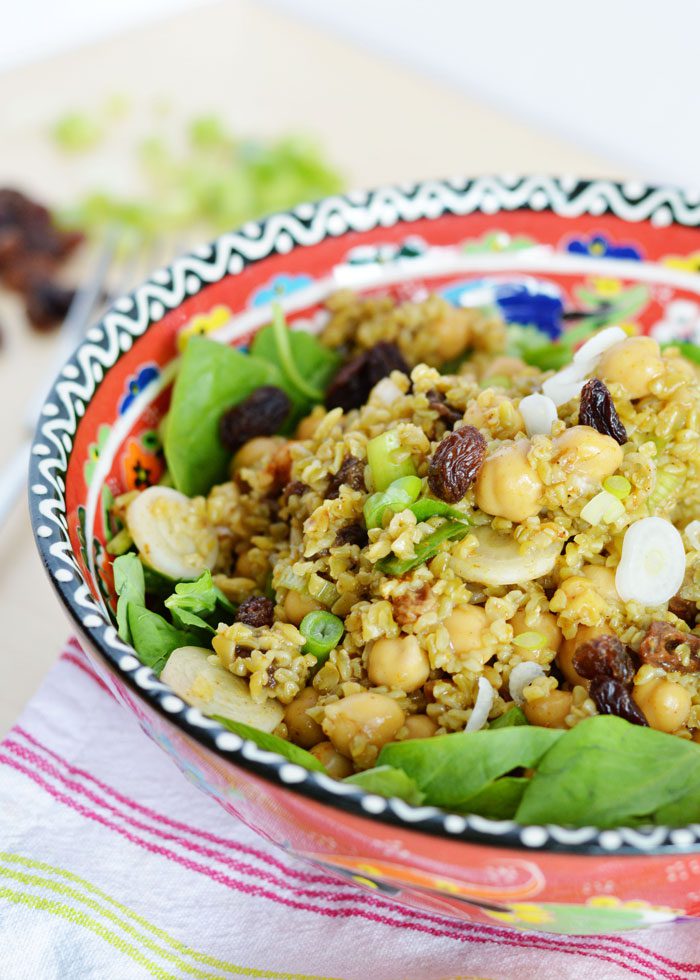 The rest of this recipe is just as straight forward with only a handful of ingredients. This is absolutely the way I love to cook: healthy food which tastes good and is simple to make. You could easily make a big batch of this to sit in the fridge for lunches during the week. 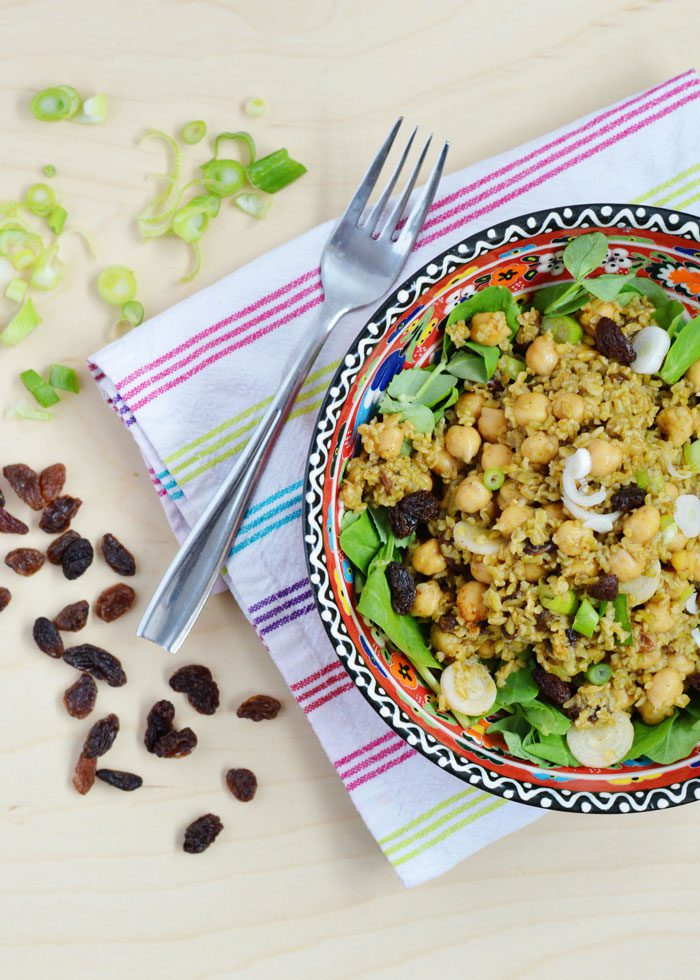 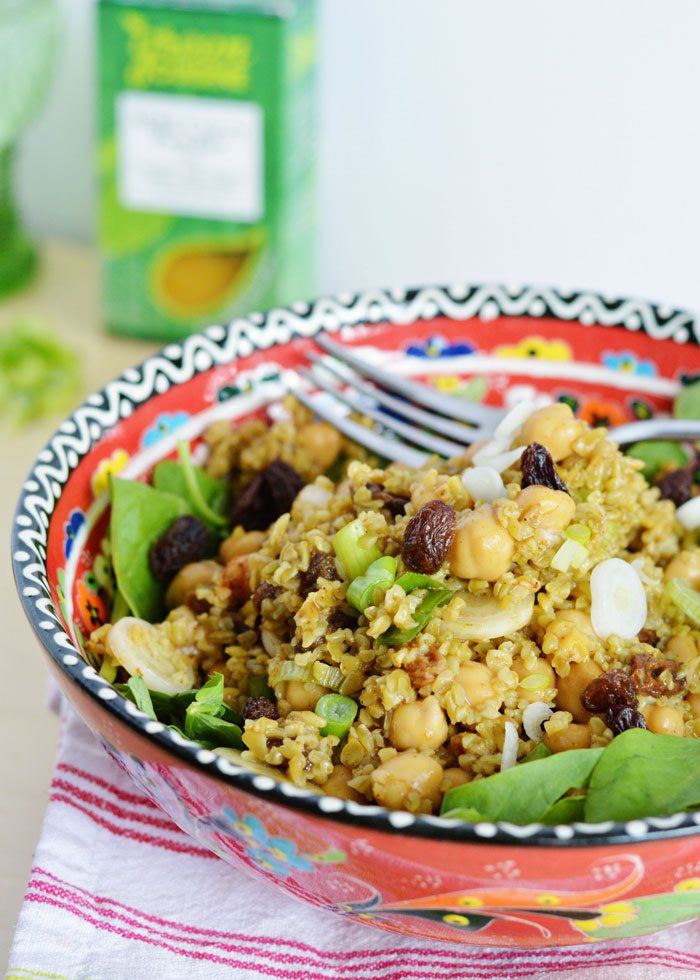 Simples right? What I also love about this is how it could be made at any time of the year. Eat chilled in the warmer months with salad and warm it up and serve with steamed kale in the cooler months. I’d also be tempted to add some roast butternut squash in the autumn!

Have you heard of Freekeh before? Would you give it a try?

← How to stop comparing yourself to others Something for the Weekend: Positivity Jar →