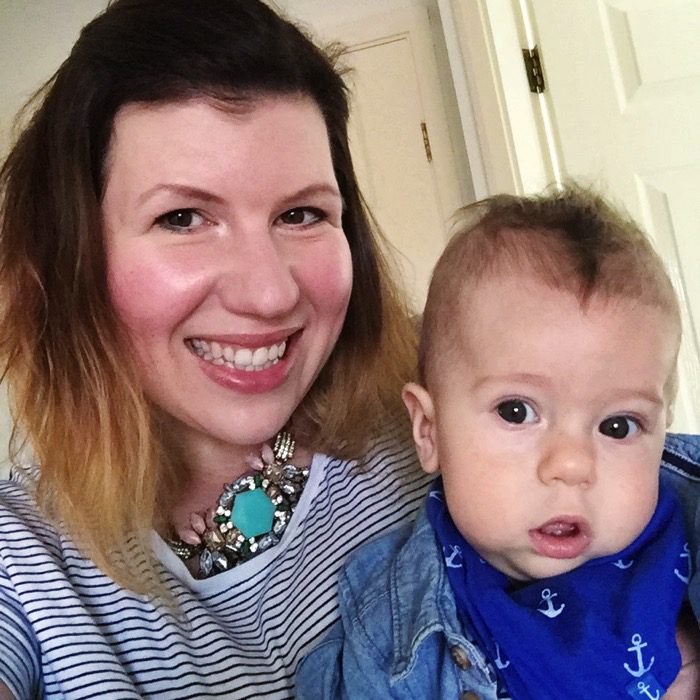 Holy shit I have a 9 month old! How the heck did that even happen? 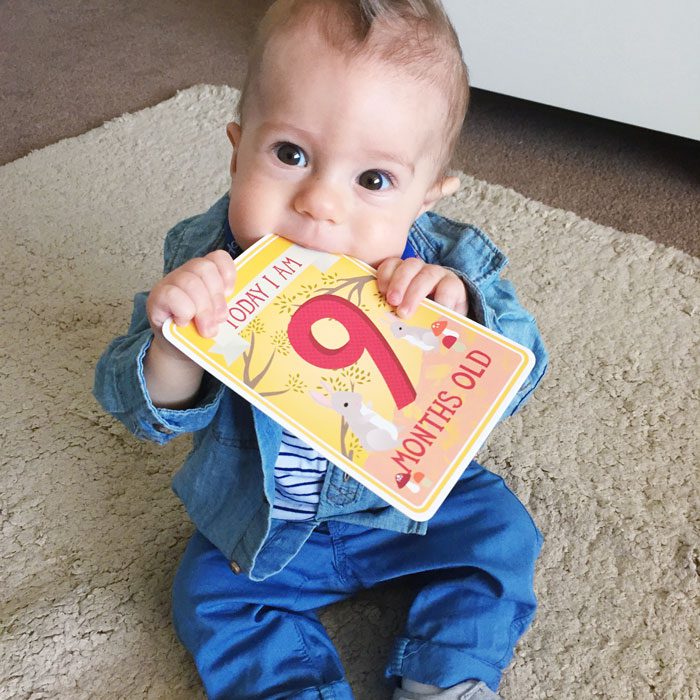 He’s such a little dude isn’t he? Here’s a quick run down of what’s been happening this last month…

We are continuing to combi feed with breastfeeding whenever he’s with me and then he’s having his high calorie formula at nursery, when he’s with my Mam and sometimes he’ll have a top up bottle on a weekend when James is there. He refuses the bottle from me! He’s also eating all his usual foods and I’ve started to experiment with more finger feeding options.

His weight gain is still a concern and unfortunately he has had a constant cold since he started nursery. The health visitor assures me this can be normal, but when he’s a little poorly his weight gain flatlines when only on breastmilk (when he’s well, it follows his usual line). It’s a tough situation as he has the high cal formula to ensure he still gains, but perhaps if he was only on breastmilk he’d have more immunity. 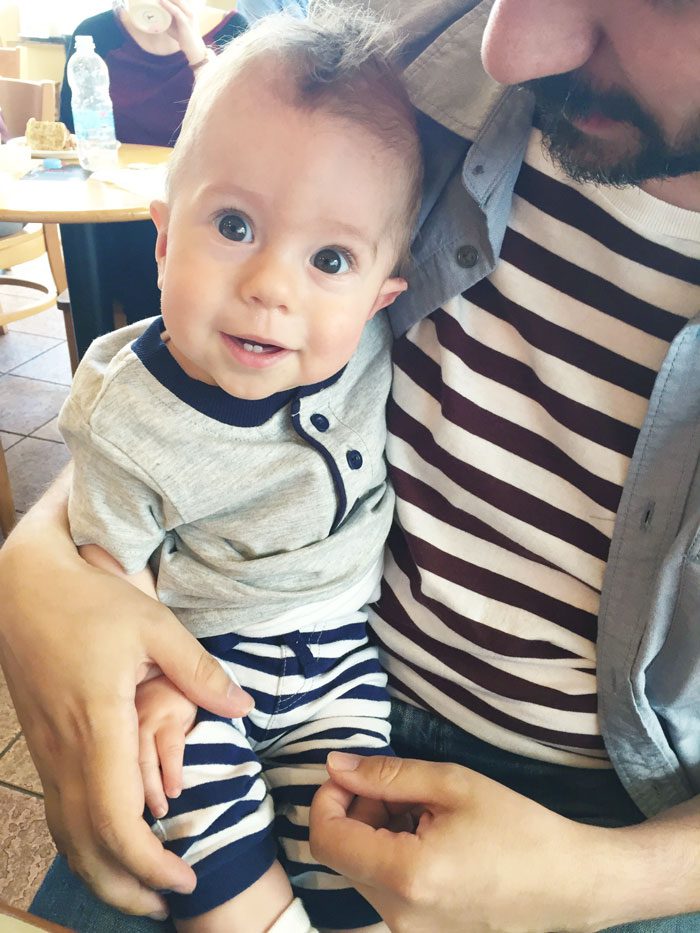 I would say we have 1/2 good nights and 1/2 bad nights with the odd shocking night thrown in! We still bed share which I really don’t mind because I realise how little sleep I’d get if we were using a different option. He’s been getting his top teeth in (more on that in a sec) which has given us some worse nights. On a good night he’ll sleep in 4-5 hour stretches, on a bad night 1.5 – 2 hours, so it’s better than it was at the start. I feel that as long as I get my evening chill time and then get to bed before 9, I can cope well with the 4-7 hours I’ll get. 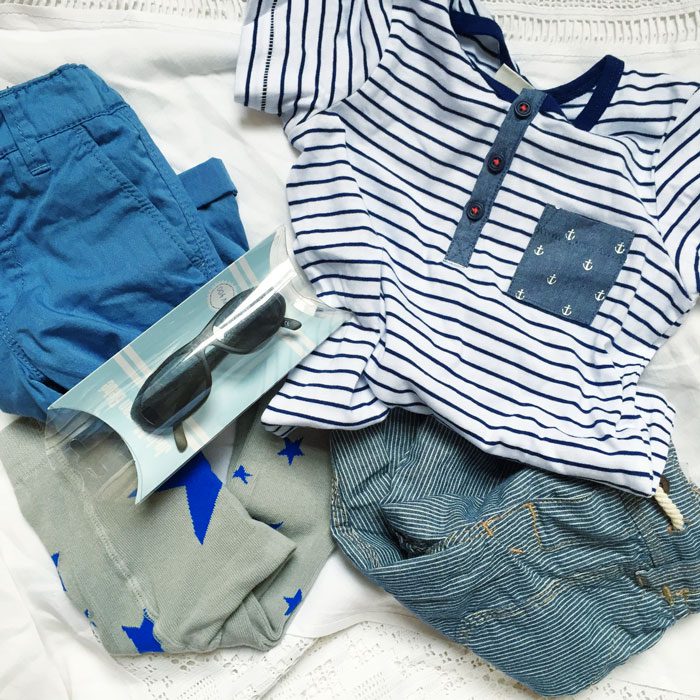 He seems to be doing brilliantly, more or less in line with what he should be doing and certainly in line with his corrected age. He’s sitting up well, starting to make movements like he’s getting ready to crawl, and now he has two top teeth through. The bottom ones came through no problem but these top ones seem to have been much more troublesome and painful for him. He’s chattery, but no sign of a mama or dada quite yet. He also goes through episodes of clinginess but we haven’t seen what I would call full on separation anxiety, although he’s never been in a situation where he’s left with someone he’s not already familiar with. Overall he’s such a happy smiley cuddly baby, he’ll actually lie on me and properly cuddle in, it’s lush!

He is still tiny, and getting my head around that is very hard, but as he seems to be developing well and I need to just chill! I actually had a lovely message from a girl on Instagram who had a heart defect and was only 15lbs at 12 months. She’s fine and normal sized now so it gives me hope! He doesn’t have a heart check up until the end of July, then a paed check up in August, but this is routine so should all be fine! 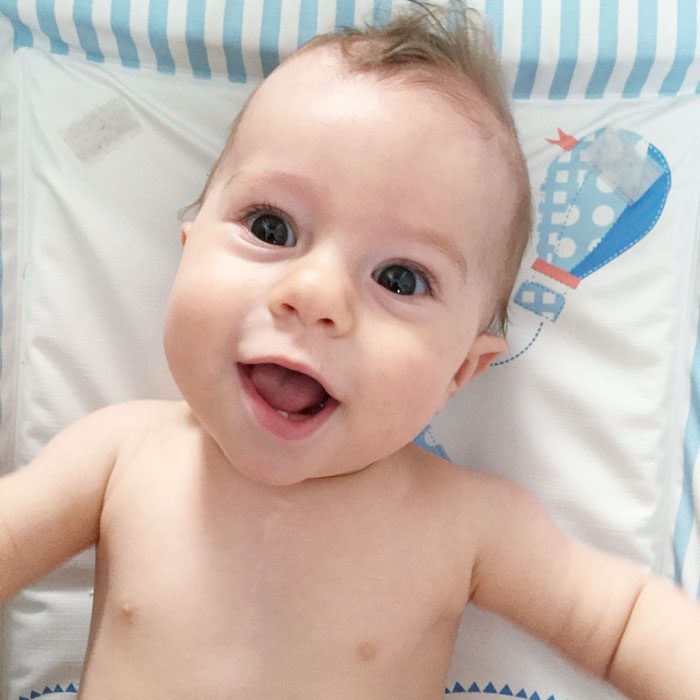 He is still at nursery two days a week and is very settled there. They are brilliant with him, we had a stay and play day were all the parents are invited to come into the room and play along. It was lovely to meet the other parents. He also has one day a week with my Mam as well, so all is good there!

I am very lucky to have made a circle of mama friends who live locally and who are an enormous support. We What’s App each other every day and meet up often, I don’t want them to have to go back to work after their maternity leave! I do feel really good in myself, the tiredness only really hits when I let my nutrition and self care slide. Of course I’m also loving my metafit classes too! I do get the mama guilt, but then I remind myself that in the grand scheme of things I’m doing a pretty good job ;-)

If you have a little one, what kind of support did you have? Did you have other friends with babies a similar age?