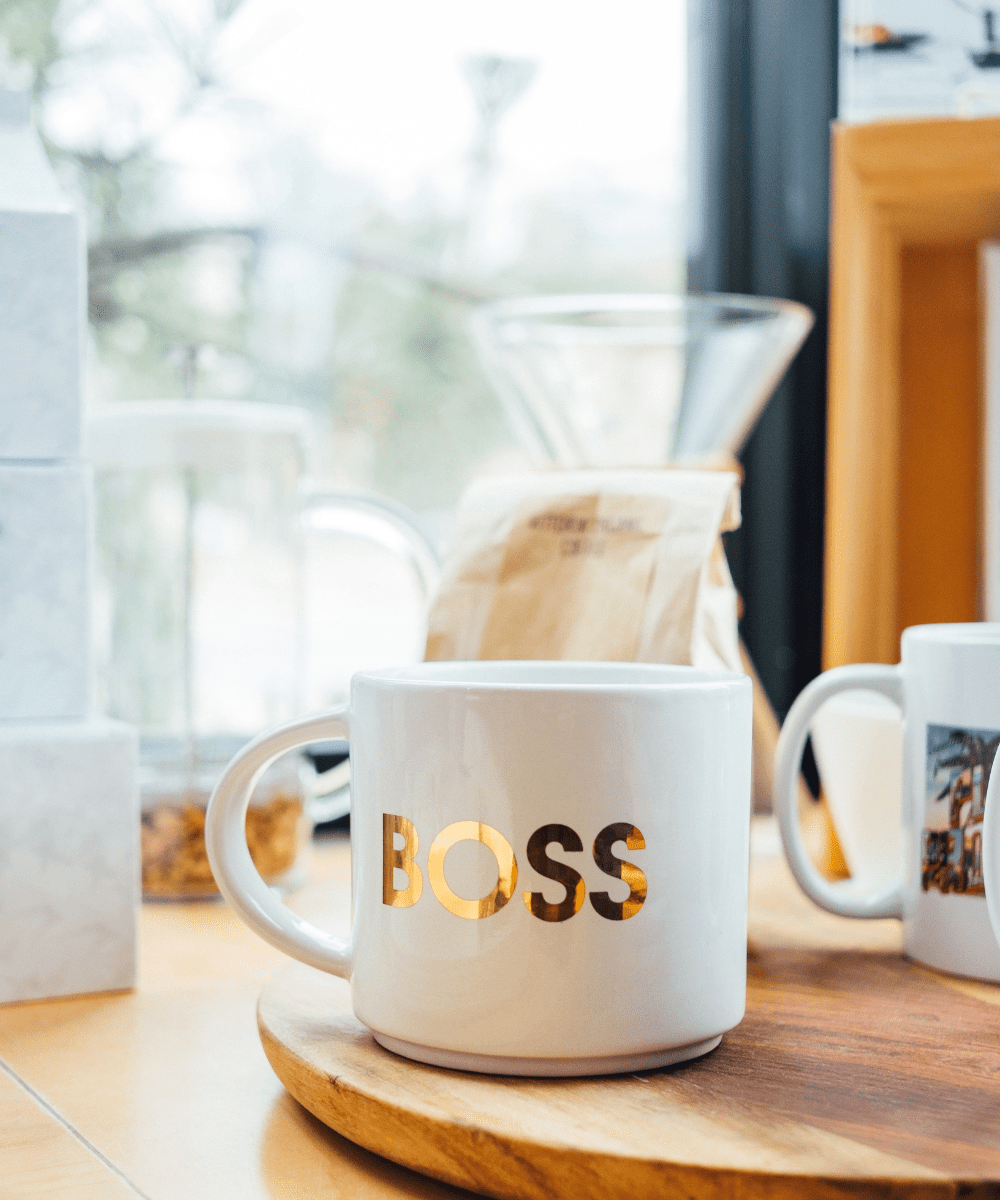 The problem with the ‘Six Figure Business’

The problem with the ‘Six Figure Business’

So this is a topic I’ve been trying to arrange my thoughts on for some time. As a business mentor and coach, this whole ‘six figure business’ thing is huge in my industry and I want to unpack some of my thoughts on it and talk a little about how it comes into my work as someone who supports people in building a coaching business. Yep, there is a problem with the six figure business…

I also want to share some thoughts to help you when it comes to making investment decisions if you seek to work with a coach to build your business.

Before I get into it I have to say, I love money and I want to make lots of it. I don’t apologise for that at all. Money is awesome. I’m always working on my money mindset and I always have a financial goal in mind each year.

However, money for me is only one small metric of what I think of as success. The focus on achieving six figures, and the way the magical six figure business is used in marketing, in my opinion, can make us forget about all the other things that make a business a success for the people involved in it. There’s other issues I have with it as well, which I’ll get into.

What is this six figure business thing you speak of?

If you’re not familiar with it, within the online business world and particularly that of business coaching, The Six Figure Business is held up as a marker of success. We’re told that this is where we should all be aiming to get to (and beyond) and it’s also used as a way business coaches market themselves. Whether it’s said explicitly or not, ‘I have a six figure business, let me teach you how to have a six figure business too.’ is what we pick up. For so many of us in online business, it can feel like we haven’t ‘made it’ until we hit six figures.

Related Post – How to grow an audience as a new coach

The Six Figure Business as a marketing tool

What we often see in the industry is coaches who talk about their own six figure business and then use that as a sign of authority to then market their work. It sometimes appears that they are making that income because they are selling the fact that they’ve achieved that level of income themselves. It’s like a snake that’s eating it’s own tail – it can even feel a bit like a pyramid scheme!

It’s something I’ve felt uncomfortable with for a while, but whenever I’ve thought about talking about it, I’ve worried that it’s a ‘money block’ and is a sign of my ‘mindset issues’.

However, another thing we’ve seen more of in the online business industry is legitimate concerns and feelings being labeled as mindset blocks when that’s simply not the case.

I no longer feel that my discomfort with six figure marketing is a mindset block, it’s an alignment nudge – i.e this smells like bullshit and I don’t want to touch it.

Making Six Figures is often used as the basis for being conned.

The Six Figure Business tells us nothing about their finances

Someone saying they’ve hit six figures tells us nothing about their business finances really.

First up, people lie. It’s not nice but it’s true. Secondly, even if people are making six figures in their business, it doesn’t tell us a lot about how truly successful they are

Success is of course completely objective, but what we’re not getting in most cases is any idea of how much of that six figure business is profit and what is expenses. We’re not hearing how many people are in their team, we’re not hearing about how much take home pay / dividends that entrepreneur is actually making.

Some people do share all the numbers, but many of them don’t.

When we hear anyone talking about the money, we aren’t hearing about the wellbeing of the people who make that business work. Whether it’s the coach or members of their team, the amount of income that business is making tells us nothing about how many hours they’re working, how stressed out they are or how much enjoyment they’re getting from it.

We don’t know about the impact their business is creating

Again, just because a business is making six figures tells us nothing about how much positive impact it’s making in the world. Is it exploitative? What kind of values does it hold? Is it replicating harmful capitalist business practices? Is it using shame as a marketing tactic?

How does that business achieve it’s Six Figures?

All businesses are different and will reach income milestones in different ways depending on what they’re selling. Look at that business’s business model. Can you see how they are hitting that level of income and is that a business model you’d like to use too?

Not every business coach teaches their own business model but some do, and what I’ve started to notice is that a lot of the Six Figure Businesses are using high ticket selling to get there. They’re selling packages at £20k – £40k (and again, often the marketing around these is ‘I will help you make six figures’) so no fucking wonder they’re making that kind of income.

All of this is fine if you envisage that you could do high ticket selling, that it would work for your niche and if it’s something you feel ethically ok with.

Also – an important tip when you’re making a large business investment. It’s a good idea to ask the coach what typical results are v the testimonials they have on their site. Is making that extra $10k a month a typical result for their clients or is it more of an occasional result? Ask to speak to previous clients and if they get their backs up then take that as a sign that something might be a bit off.

How the Six Figure Business is for me

I’ve often thought, when I get to six figures then I too can use ‘I make six figures’ in my marketing, increase my prices to reflect that and make even more money. But this has never sat right with me.

I think it’s perfectly reasonable to want to know someone you’re paying for business coaching actually has a successful business themselves. But – and I speak from experience here – there’s no guarantee that because a coach is making over six figures they’re going to teach you a magic formula that you can replicate to make the same.

This is why I don’t think I’ll ever be comfortable with using my income as a marketing thing, as in ‘I’ll help you make six figures’

Right now, I’m on track to make about £60k / £70k ($80k – $100k – lols, just realised if I hit over £70k in GBP I could be ‘six figures’ in the equivalent of USD) this year working 20 hours a week. In my last paid job I was on £27k working full time so I’m pretty bloody happy with where I am at! This year has been a bit weird with the lockdown at the start impacting how much I showed up and also having an 18 month old so I’m really proud that I’m able to earn this much and doing it in a way that feels aligned with my values and through doing work I love.

Do I want to make six figures? Absolutely, although that isn’t my goal right now or probably not the next couple of years. I don’t especially want the headache of having to become VAT registered, I’m happy with my small team and I’m happy with how high touch I’m able to be at this level so as long as I’m making enough to meet my needs and the lifestyle we want as a family I feel like I have a good balance.

What I can say to people interested in working with me is that I’ll help them figure out life changing yet achievable financial goals (including profit and take home pay not just income!) and put into practice strategies that will help them achieve that alongside changes to their business to help them achieve the lifestyle they want to create as well.

I cover a lot of my approach in my free training Grow More, Work Less.

Ultimately the ‘Six Figure Business’ is kind of meaningless and I think it’s helpful to unpack what it means in the world of business coaching so you can focus on a financial goal that is actually meaningful to you, so you can understand how it’s used in marketing (sometimes with shame attached to it) and how you can make investment decisions as well.

I feel slightly nervous sharing this post because money talk is often a bit of a weird one right? And it can be quite a controversial topic.

But I’d love to know, what are your thoughts on this topic? Let me know in the comments. If this has resonated with you, I’d love it if you hit one of the share buttons and share it with others too! 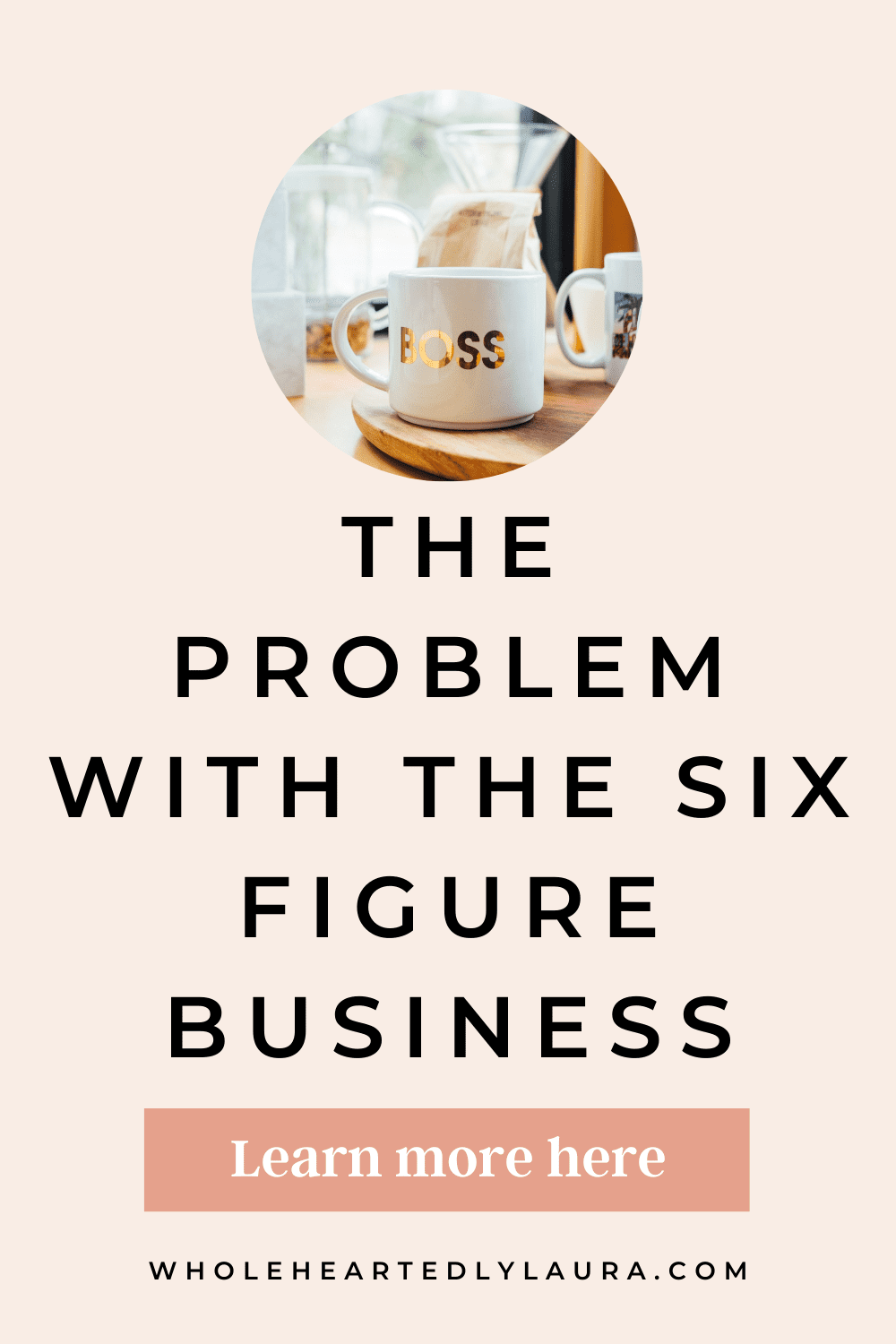 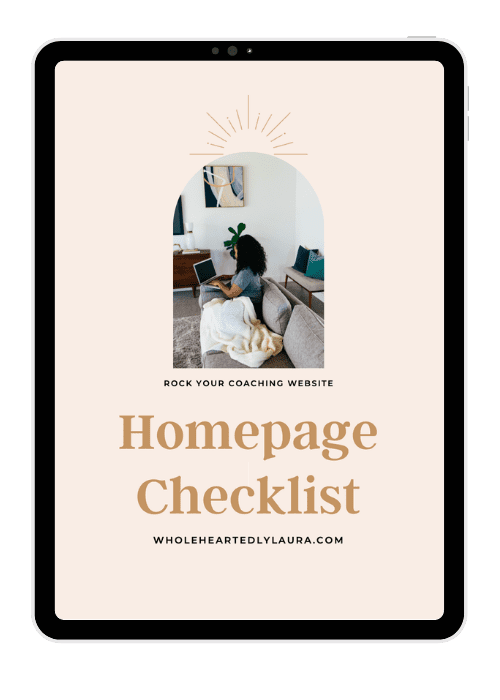 Rock your homepage with this handy checklist of what to improve on your site to help make sure you get your message across so more of your ideal clients stick around.