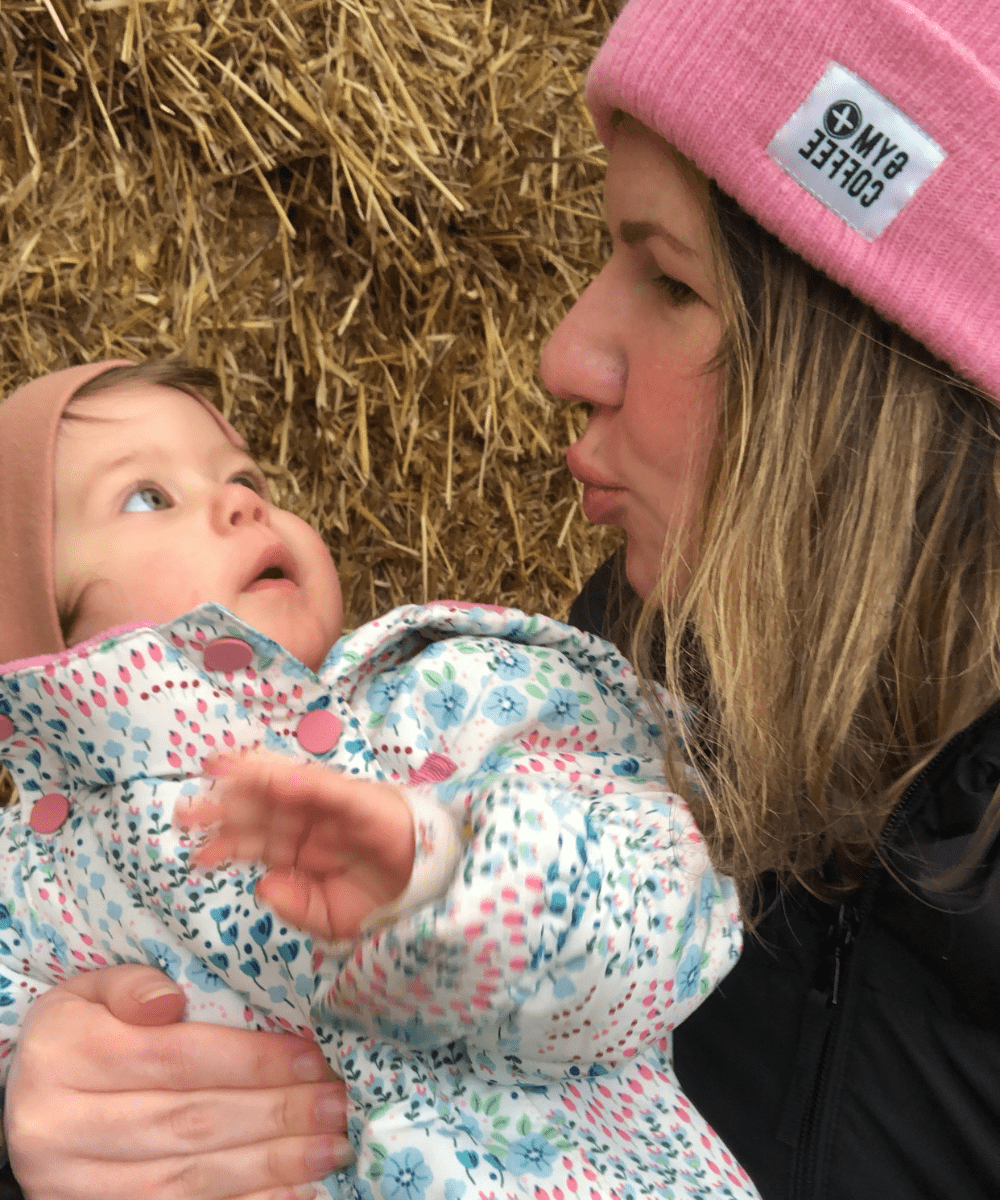 Big personal update post! Motherhood, running a business and what I’m focusing on for spring

Behind the Scenes, Personal

Big personal update post! Motherhood, running a business and what I’m focusing on for spring

Behind the Scenes, Personal

So it’s been like forever since I wrote a more personal / behind the scenes type of post! I used to write these all the time when I was blogging more often and slowly I fell out of the habit. However it’s something I really want to get back into. There’s nothing quite like getting it all out in writing!

Before I get into it, these posts are completely self indulgent so if that’s not your thing then just skip this!

Ok, so right now we’re at the start of the Easter break in the UK, the schools have recently reopened (thank god) and it feels, dare I say it, positive that this shit show might be coming to an end?

And blimey, it’s been so hard hasn’t it? If someone had told me we’d be three lockdowns deep this time last year I would have given up. I wouldn’t have thought I’d have been able to cope. But here we are, I’ve kept two kids alive and well, a business a float (that got absolutely zero financial government support) and I’m coming out of it tired, mentally a bit knocked, but mostly ok.

I try not to dwell too much on what we’ve all lost. Personally I’ve been lucky enough to not know anyone seriously affected by it, but when I think back to my maternity leave with Finley and compare it to my maternity leave with Freya I just want to cry. There’s lots of good memories but so much has been lost that would have been and I think it’s ok for us to grieve that.

I can hardly comprehend that Freya is now 15 months old, like where has that time gone? One of my less positive and less useful traits is wanting to rush through things in life, and I think I’ve forgotten that I’m still in a winter life phase. Freya is still very young, she’s not sleeping great, I’m still breastfeeding her – but I expect myself to show up as if I’m not a mother.

That’s definitely one of the toxic patriarchal things I need to unpack for myself because although I’m all here for flexible working and working less than the standard 37 or more hours a week, I still have this inner expectation to show up in my business like someone without children.

I’ll often compare what I’m doing to people who either don’t have kids or who have a completely different support system in place. I forget that I’ve pretty much built most of my business while juggling being a mother the whole time. I never really had a period of time when I could just focus on building my business – it’s always been done alongside motherhood which I should really try and see as a good thing!

Something I’ve always struggled with is balancing the ambitious, driven side of myself with being a mother. I’ve often said that my business isn’t just a ‘business’ for me, it’s one of the ways I feel creative, fulfilled and independent.

I couldn’t be a stay at home Mum and feel completely fulfilled, although I know other women can and that’s great. But it’s something I often feel guilty for. I need something else. Motherhood is incredible and I love it, but alone it isn’t enough and I’m learning that’s ok.

I found the schools being closed so hard because I did still have to work – my business brings in the bulk of our household income (James had no option to be furloughed as a key worker). It felt like an impossible task, I couldn’t really work after bedtimes as Freya’s sleep had been so horrendous I was going to bed at 7.30 to try and catch up on sleep before James swapped with me later in the night.

Fin was a champ though, we didn’t do much home schooling (I don’t think we would have done much even if I didn’t have to work as he simply hated doing it at home!) and we got through. I was just so glad that Freya could still go to nursery as it would have been even tougher with her at home too!

Now Fin’s back at school and Freya is in nursery 3 days a week and with my parents one day a week so I get 4 days of 9-3pm to be in the business and it’s just the ideal balance for us right now. I get my time to do my thing and then on a Friday I have a day just with Freya which I love so much!

She has that day with my parents too which is so important, Finley has an amazing bond with them from doing this when he was little and they’ve just been such a great support.

And now over the holidays I’m working two days a week and then spending the rest of the time doing fun things with the kids and it’s brilliant.

Sometimes running your own business can be hard, it is the biggest unintentional personal development class I’ve ever taken, but blimey it’s so worth it when you get to see the balance it’s helped create in your life.

So as we fast approach spring / Q2 of the year I’m trying to be a little more realistic with how I’m expecting myself to show up, although it does feel like we’ve turned a corner as Freya has her own room now, even though one of us is having to bunk in with her so far!

Businessey things I want to focus on:

Collaborations! This was something I really wanted to do this year and I finally feel like I have space for it. I’m thinking maybe some Instagram takeovers or some joint Instagram Lives etc. Or pitching some podcasts 😬

Challenges Paid Live Training. I bloody love running a good challenge and I’ve learned loads from running them in my business over the years so I’m excited to share that!

Some kind of live group round. I have this feeling I’d like to do some kind of mini group thing. I know my Wholehearted Business programme was a bit too big for some people so I’m feeling out how a 21 day / 4 week thing might go, maybe focusing on blogging / content creation or implementation? But very much feeling this one out.

Affiliates / Thrive Cart. I’m challenging myself to upgrade to Thrive Cart for selling my programmes. It’s a decent investment so I feel like I need to work myself up to it! Part of getting it in place is so I can create a proper affiliate programme for my work. I’ve worked with a few others in informal referral networks and given people discount codes and what not but this feels like a good step to be able to say to people they can be an affiliate for my stuff!

Keeping showing up for my 1:1 and design clients. My 1:1 and done for you design work is still the foundation of my business and while I love the group programme / courses etc I actually really love 1:1. I would like to reduce it down as other elements grow, but I always think I’ll have an element of 1:1 in my work.

List building. Pinterest works really well for me in terms of bringing me a constant drip of new subscribers but I want to do something a bit more focused, probably some ad campaigns with tripwire to cover some of the ad spend.

Ok so now that’s listed that sounds like a lot! We’ll see how I get on!

Life stuff I want to focus on:

Moving my body. I am LOVING Peloton, omg it’s just a lot of fun and even though I don’t have the fancy pants bike it works well on our old spin bike. I also want to do more yoga / pilates / core work.

Sorting out our garden. Now that we have Freya’s room done I want to get on top of our garden because it’s a shit tip. It needs a lot of work, turfing, tidying up weeds, painting walls etc. It’s just a bit wild and impossible to keep on top of when you’re not a gardener. I want it to be useable for the kids for the summer.

Continuing to pay off debt. I don’t think I’ve ever really spoken much about this but when we moved into our house we ended up racking up some credit card debt. The short story is we bought a one bed flat at the height of the market in 2006 and ended up in negative equity. We had Fin and obviously needed to move, and in doing so lost a lot of money to get rid of the flat. Then we had to furnish this house and yeah, basically we ended up with some full credit cards. However, we have been working hard on paying that debt down, one card is almost paid off. My main aim is to keep on making sustainable repayments and not taking on any further debt which is going well so far!

So that’s pretty much a big update from me! How are you dear reader? Was this post interesting? Boring? Let me know if this was fun for you to read and I’ll keep doing them!