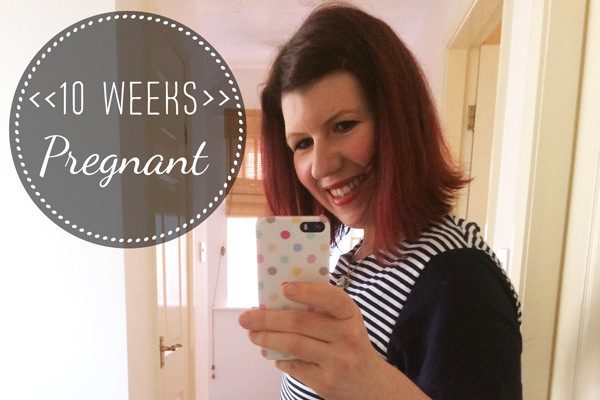 Oooh I’m so excited to be writing my first pregnancy update! As I said, I’ll be keeping most pregnancy related stuff to this post on a Friday.

I don’t want to do the same repetitive updates that I’ve seen on other blogs (as much as I have enjoyed them), so as well as a few key updates, each week I’ll be focusing on a different topic connected to pregnancy including nutrition, exercise, clothing, body image, skin care, supplements, the books I’ve been reading, getting ready for the arrival etc. I’m just wanting to make my hopefully slightly different approach to blogging about pregnancy clear from the word go.

I’ve been doing a lot of reading and research into hormone balance, fertility and pregnancy over the last few months, for both myself and clients, I’m actually thinking of pulling together a mini e guide because I haven’t been able to find a lot of decent stuff, i.e. from a not the mainstream nutritional approach, on this any where, and I know from the number of emails I get this would be helpful.

So the first trimester so far has been challenging at times. The biggest issues for me have been pregnancy anxiety, nausea and tiredness.

No body seems to talk about this! I’m sure I can’t be the only person that spent the first few weeks of my pregnancy worrying that something would go wrong, and to some extent that worry still comes and goes. About a week after I found out I was pregnant I woke up and felt fine, no breast tenderness, tiredness etc. It freaked me out so much I phoned the midwife who had to reassure me that I was, in fact, still pregnant. On the day of my scan, I was in a right state thinking that there would be nothing but empty space inside me – despite knowing deep down everything would be fine. I am a lot better now, but I can’t wait to reach the official end of the first trimester and of course have my 12 week scan! The thing that has made a big difference was actually accepting the worry – as my best friend said to me, ‘you will never stop worrying about them’, what I need to do better is find a way of dealing with that worry and not allowing it to take over. I have been using techniques like meditation and affirmations and they have really helped.

I haven’t been sick, but I have had quite a bit of nausea. When I first got it I was actually glad as some research has suggested that nausea in early pregnancy is a good sign. It comes and goes but tends to show up in the middle of the night when I wake up (multiple times) for the loo, first thing in the morning and sometimes later in the evening. I just feel permanently hungover. Fun right ;-) I do know that low blood sugar seems to make it worse so I’ve been eating little and often and making an effort to get some sources of protein. I’ve also been enjoying ginger in things like smoothies and tea. There are other things you can do such as supplement with vitamin B6 but at the moment it’s manageable.

I swear I have never known tiredness until now. I’m in bed most nights at 8pm and find myself in need of an afternoon nap most days, although I never have time to get one. I don’t sleep too well during the night because I’m waking up for the loo all the time. I’m just doing what I can and prioritising sleep as much as possible.

Other than that I think I have experienced most pregnancy symptoms I’ve read about on a lesser basis. Breast tenderness is there quite often and my boobs are massive – I’ve gone up two cup sizes! I also have more visible veins across my chest, stomach and legs because your blood volume increases in pregnancy. My sense of smell is more acute and I’ve been experiencing those aversions to chicken, coffee and big salads which is just plain weird considering how much I loved those foods. However there are some clear biological reasons for those aversions – our bodies are so naturally smart! My cravings have reduced a lot, I was wanting all the carbs but now I’m craving things like apples and bell peppers. I’ve also cut out caffeine almost entirely, no tea, coffee or even green tea. I’ve been enjoying Dandy Blend, ginger tea, mint tea and lots and lots of rooibos with almond milk.

Last week I had my booking appointment with the midwife. This is where they ask you twenty million questions about everything and take loads of blood for testing, but it is nicer than it sounds as you also get to see when you’ll have all your appointments and scans and things. Next week I have a follow up appointment with the consultant I was seeing before I got pregnant so that should be interesting as well.

As for my body, as I said the boobs are huge and I have definitely thickened round the waist and belly. Some of this is weight gain of 4/5 lbs which I think is partially down to the extra carbs, but that amount is also completely normal at this stage of pregnancy. Some of it is bloating caused by a sluggish digestion as a result of the extra progesterone circulating in the body. I’m not feeling too bad about it at all, I have had a few fat days, admittedly I have already found some images of slim women with perfect bumps (often exercising a lot) a bit upsetting, but James promptly comforts me and gives me some perspective.

In going forward I’m hoping to find a pre natal yoga class and aqua class. I’ve been enjoying yoga at home but I think I’d really benefit from a proper class. I’ve also been thinking about making sure our environment is more toxin free, how to be as thrifty as we can be including things like buying maternity wear on eBay, and I’m also going to be investigating placenta encapsulation.

Over all, I’m just so so happy to be pregnant! I’m choosing to enjoy every second of this amazing experience as much as possible, one of the reasons we decided to announce it sooner rather than later. Sharing our news has been one of the loveliest things so far. Another key thing I’ve learned is that I need to trust my body more. I read a great book on natural pregnancy (more on this in a future post) where the author talked about trusting your body to deliver a healthy pregnancy. I realised that could be part of the source of my anxiety – after all me and my body have had a rocky relationship in the past. I need to remember that my natural instincts are very strong, I knew deep down I was pregnant before I took the test, I knew I was further on than my dates would have suggested, which was proven at the scan, so my instincts have served me well so far. I need to make sure I listen to them, and trust in my body whatever happens.

If you’ve been pregnant / are pregnant how was the first trimester for you?