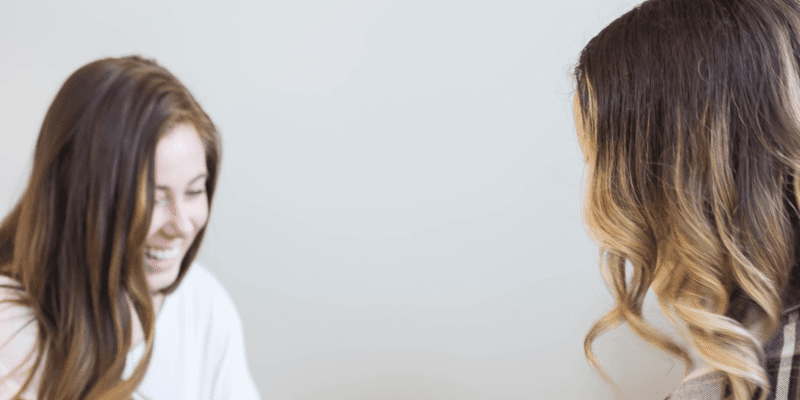 What to do when your family won’t eat healthily

What to do when your family won’t eat healthily 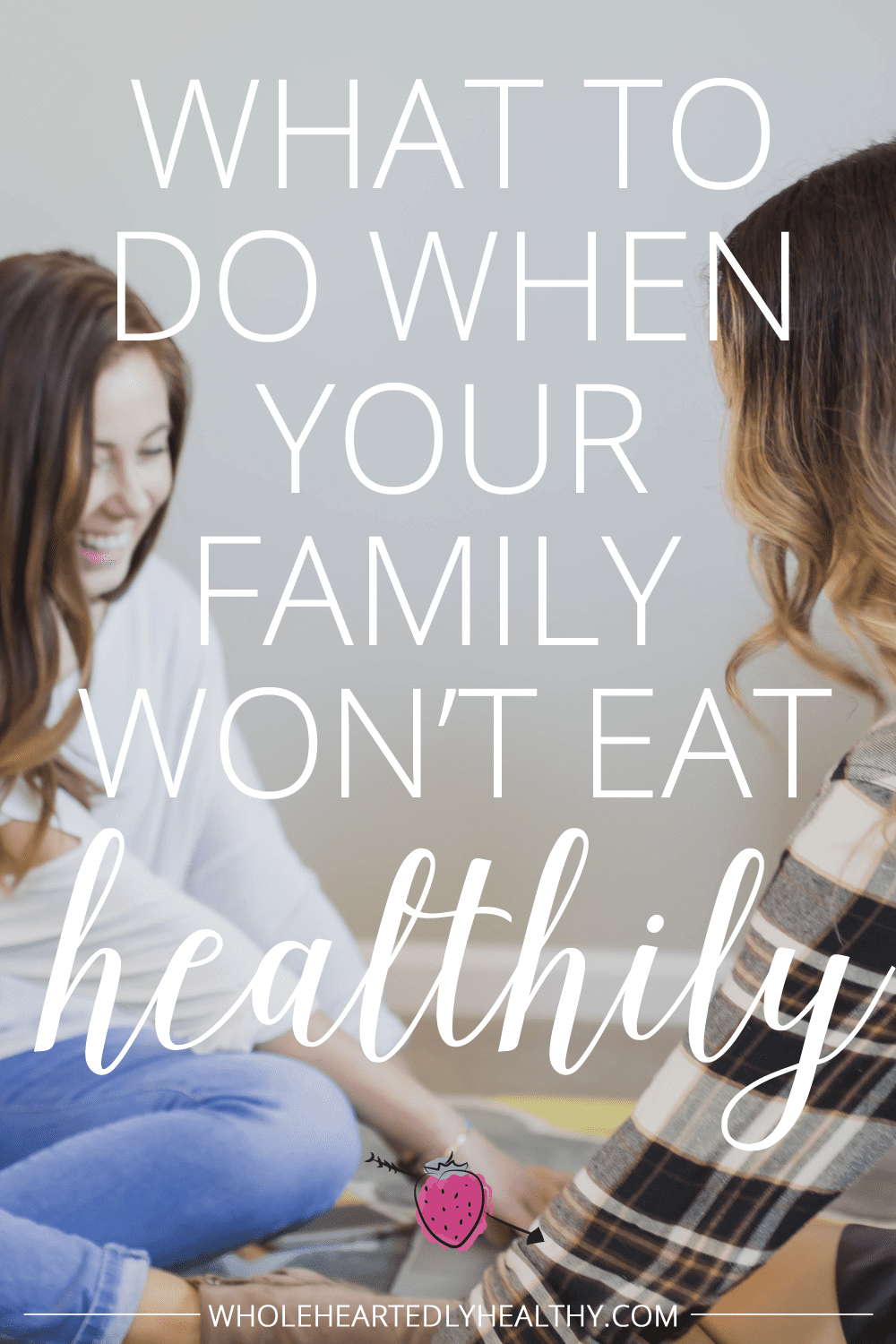 Eating healthily sounds so simple. Eat more vegetables, drink more water, ditch the sugar (ok that one’s hard!) but often it’s not eating the right foods that’s the issue for us, it’s our families taste in food and their lack of willingness to go healthy to that can derail us.

When I first started getting healthy and eating whole foods James was still loving his white bread toast for breakfast, sandwich for lunch and chicken burger and chips for dinner. Now he’s gluten free (after I worked with him to identify some health issues he was having) eats spinach and sweet potatoes and porridge for breakfast. He’s come a really long way.

Of course, I’m yet to experience the fussy older child scenario, I’m really hoping that getting Fin into some good habits now will help! But here are some of my top tips for dealing with the dynamics of the family kitchen!

This is what worked with me with James. He went from someone who ate 4 slices of white toast for breakfast to a gluten free porridge eater who loves sweet potato more than me! I learned fairly quickly that nagging wasn’t going to work, so over time I gently encouraged him to try new things. Often I compromised, but eventually he started making an effort and now he’s such a better eater.

I know a lot of women who struggle with adjusting meals to appease each family member by cooking 3 or 4 separate meals. Well news flash, you already do enough! Time to set some boundaries with them about what you will and won’t do. If you continue to pander to them, that will just continue. Sit down with them and find out what they all enjoy in common and base some meal ideas around that (then follow the point below if needed). If they complain (especially Husbands and partners) then it’s time to throw it back at them, they’re adults and need to stop acting like children!

Many meals can be made more healthy with the simple addition of veg. Obviously the old trick of adding veggies to sauces etc is a great one, but if it’s about healthifying your own plate, think extra vegetables and less of everything else except the protein element of the meal. That’s often a good way to simply amend a meal to suit your healthy goals while not having to cook separately.

Get them involved in meal planning and cooking

Especially for kids and teens, getting them involved in meal planning and cooking is a great habit to set them up with for life. If they’ve planned the meal and helped with cooking, they’ll be far more likely to eat it. Also taking it in turns to make a favourite meal for each family member, with the agreement that everyone will try it, is a nice way to include some treat meals as well.

Go with the flow

The nature of modern family life means that you may not always be able to sit down and eat dinner together as a family. Rather than adding that pressure on yourself, or waiting until a crazy late time in the evening (and over eating while you wait!) then try and go with the flow as much as possible. Eating together as a family is important, so try and agree that you’ll do so a certain number of times a week, even if it’s just once or twice!

Win them over with the nice stuff

Let’s face it, if you aren’t accustomed to healthy food, trying something like watercress isn’t going to win you over. Start them off with the crowd pleasers like sweet potato, green smoothies and healthier sweet treats (check out my sweet treat recipes here) and gently introduce them to new and healthier options.

Have a separate treats cupboard

Especially after Christmas it can feel like less healthy treat foods are hanging about the kitchen just begging to be eaten. Alongside those, partners and children tend to want their own treats like crisps, chocolate and biscuits. So what do you do when you’re constantly tempted by the treats you buy in for them? Of course you can try and get them on board with being healthier by reducing those treats in general, but if like me, you’re happy for them to have a more balanced approach then it’s all about how you prevent yourself from nibbling on their foods. Having a separate cupboard or drawer in the kitchen for their treats that is mentally off limits to you can really help (having other foods that you don’t wish to eat also ‘off limits’ in your head can also help, hence the power of mindset). Then there’s nothing stopping you from having your own healthy treats box or tin. I personally love LIFEBOX for healthy but indulgent feeling treats.

One or two less healthy meals won’t kill your healthy lifestyle, so if it’s about compromise, do so and don’t stress on it. The easiest way to manage it is to have the meal, but be cautious of your portion size, for example with pizza have two slices instead of 3 or 4 and add some salad.

If all else fails…

Sometimes it’s ok to eat a different meal to the rest of them if it gets to a point where your own health feels compromised. Not so much with kids, but definitely with partners it’s worth remembering that you aren’t their mother and they need to take some personal responsibility for themselves as well. In the past, I let James get on and make his tuna pasta with sauce while I made myself a veggie curry. He soon got sick of cooking for himself ;-)

Now I know some of you will be reading this and thinking that it still feels like an impossible task to change fussy kids and even fussier partners into perfect healthy eaters, but give some of these a try. It might take months or even years, but it’s so worthwhile for everyone’s benefit.

How does your families eating effect your own? What do you struggle with when it comes to feeding your family?