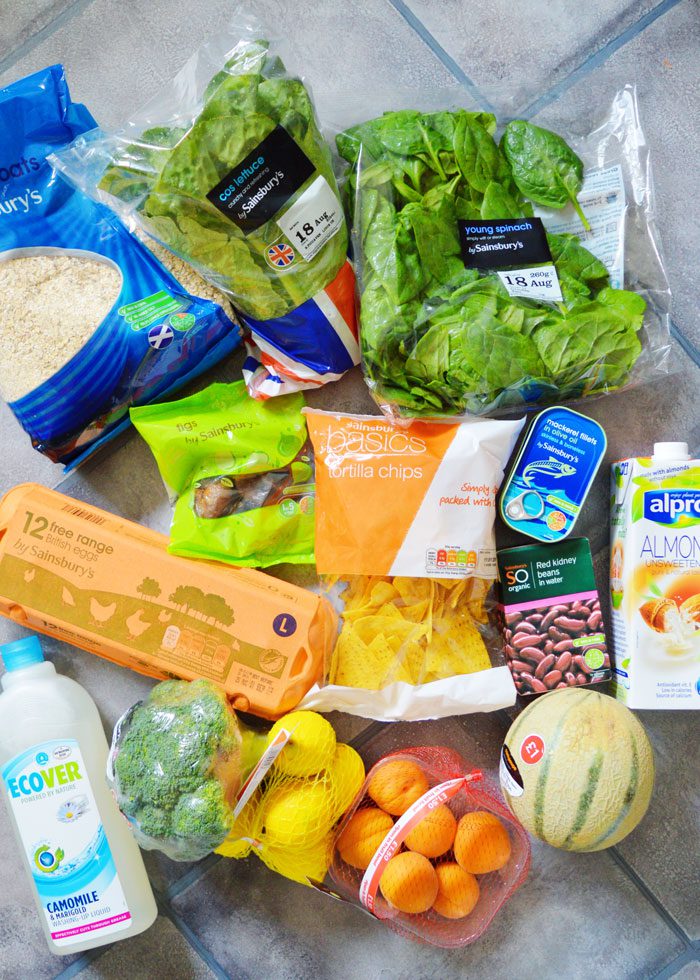 Time for another day in the life post! This was what I got up to last Thursday which was a quiet working at home day. As it happens I was glad of not having to go anyway as I was feeling a little under the weather. I started the day with some lemon, ginger and honey tea: 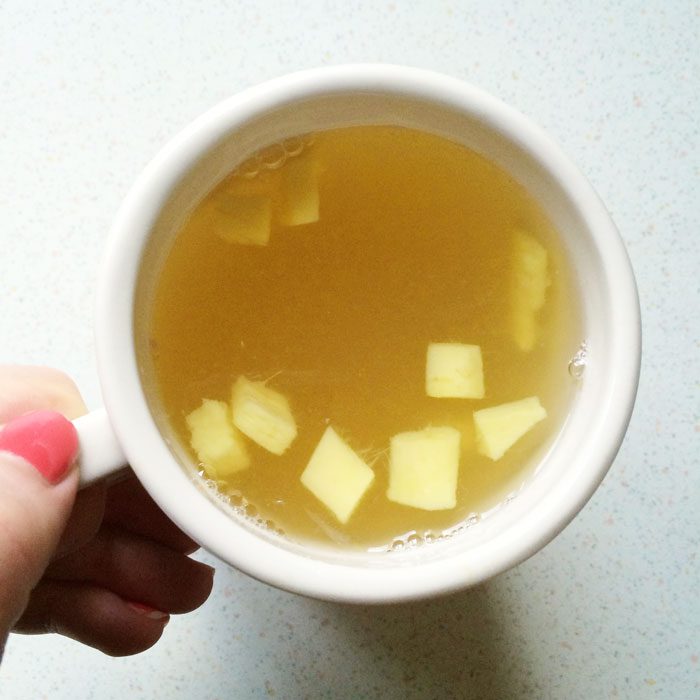 That really helped to soothe my throat and after answering some emails at the computer I had breakfast: 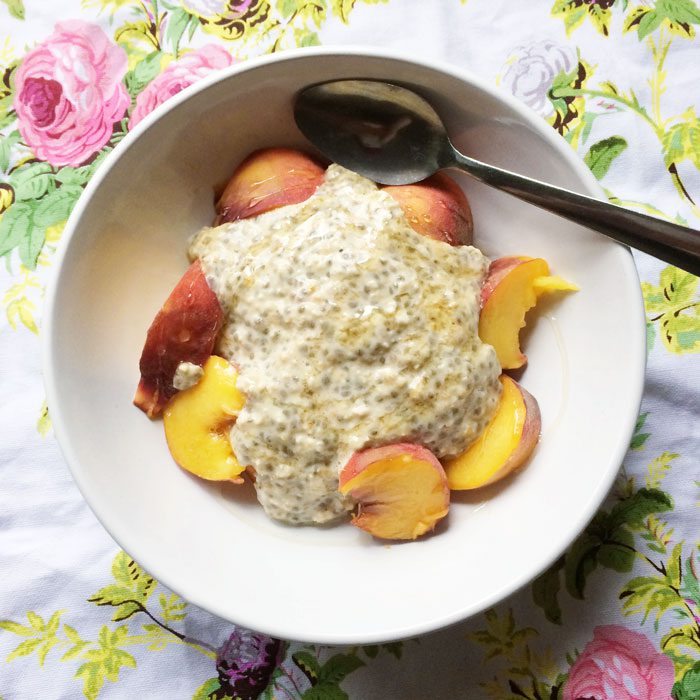 The night before I’d mixed some oats, chia seeds and water together and left in the fridge. That morning I mixed in a little almond milk and vanilla sun warrior protein powder. As it was a dull morning I fancied something a bit warm so heated up the peaches in the microwave before topping with the oats. I also added a little rice syrup. A bit later I had a coffee craving so made up some decaf: 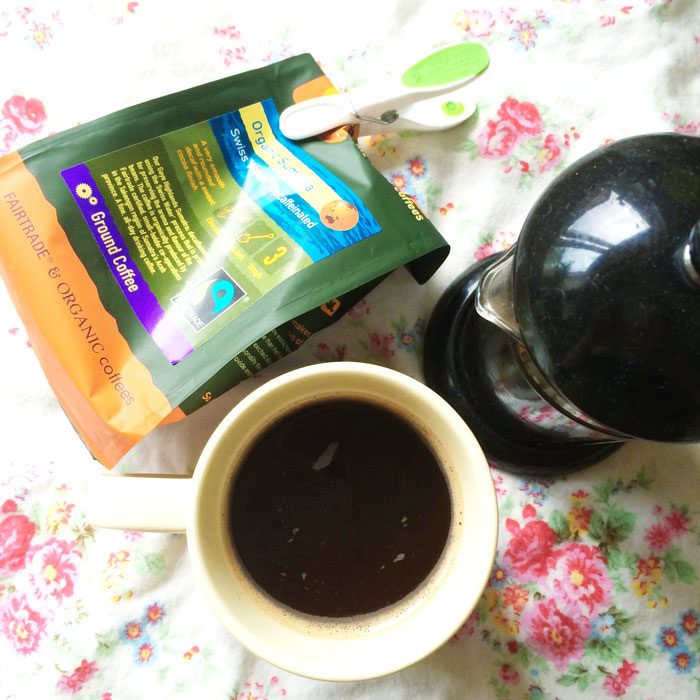 I eventually got properly washed and dressed and started working on writing the intros for my recipes for the book so I could email them to the publisher. I snacked on several corn cakes with butter: 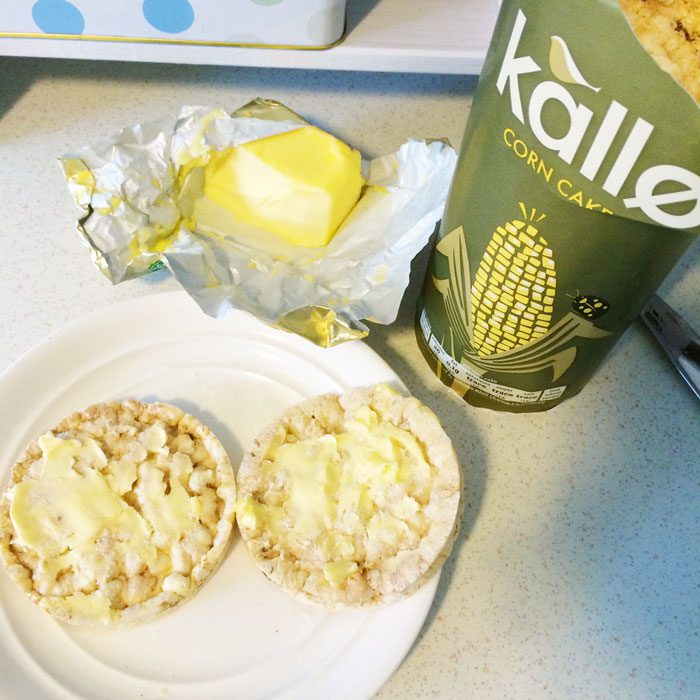 I’m so addicted to these! I think they are my version of dry toast, the kind of food I like when I’m feeling a bit ‘off’. After that I worked on my affordable super foods post and just finished it as the online grocery shop arrived! We decided to try the online shop as I’m starting to find it too tiring to do a big shop by myself when it includes carrying the bags from the car to the flat and then up the stairs. James doesn’t drive and the only time we could really go together is a Friday night when the shops are pretty nuts. Being able to thrown in the odd big grocery shop will be a big help, especially once the baby arrives. 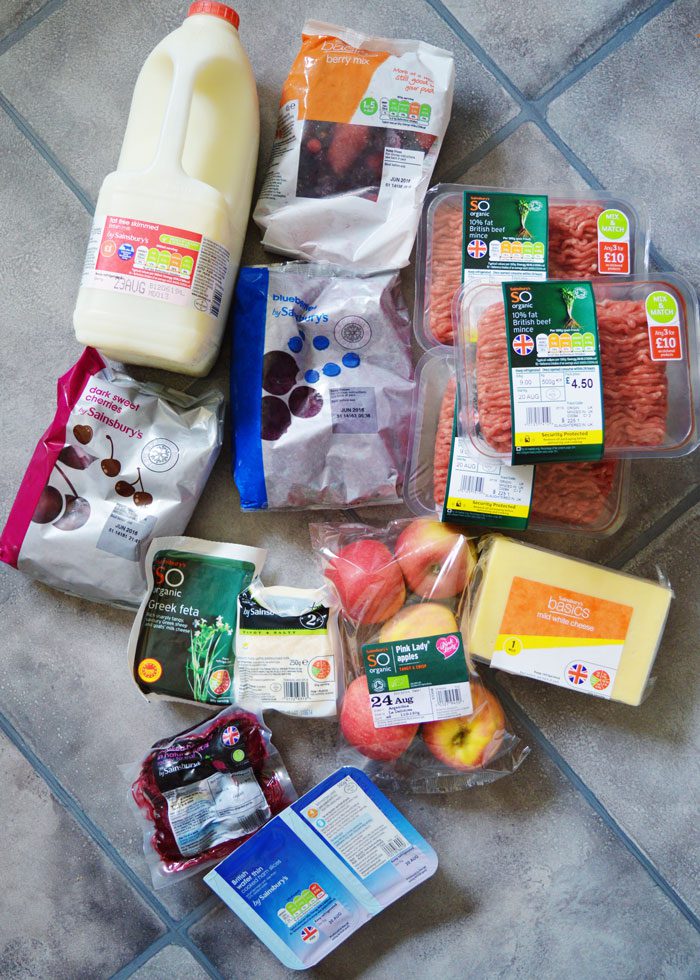 I didn’t get so much veg as I also get my organic veg box delivered on a Friday, but that lot should definitely keep us going a while. Can you tell which are James foods and which are mine? To be fair the only things there and pictured at the top of the post that I wouldn’t have is the cheapo cheese and *shudder* cooked ham. I can’t stand cooked ham! After I put the shopping away I sat down to a bowl of my pea, avocado and mint soup: 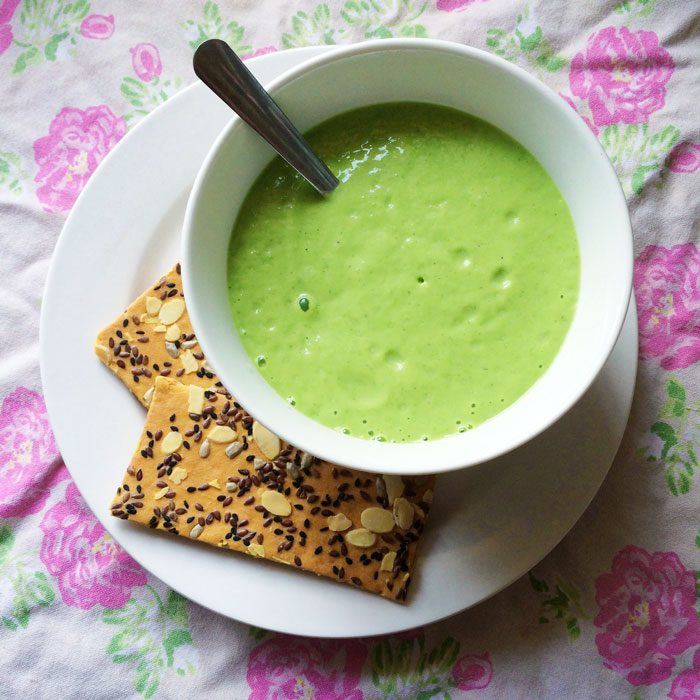 This was actually a pic of the first portion of the soup I’d had the day before so I only had one cracker. I think those corn cakes must have been more filling than I’d realised so I hardly touched the soup. At 1pm I had a Skype call with a client which was just lovely. It’s a nice way to break my day up and get some human interaction! 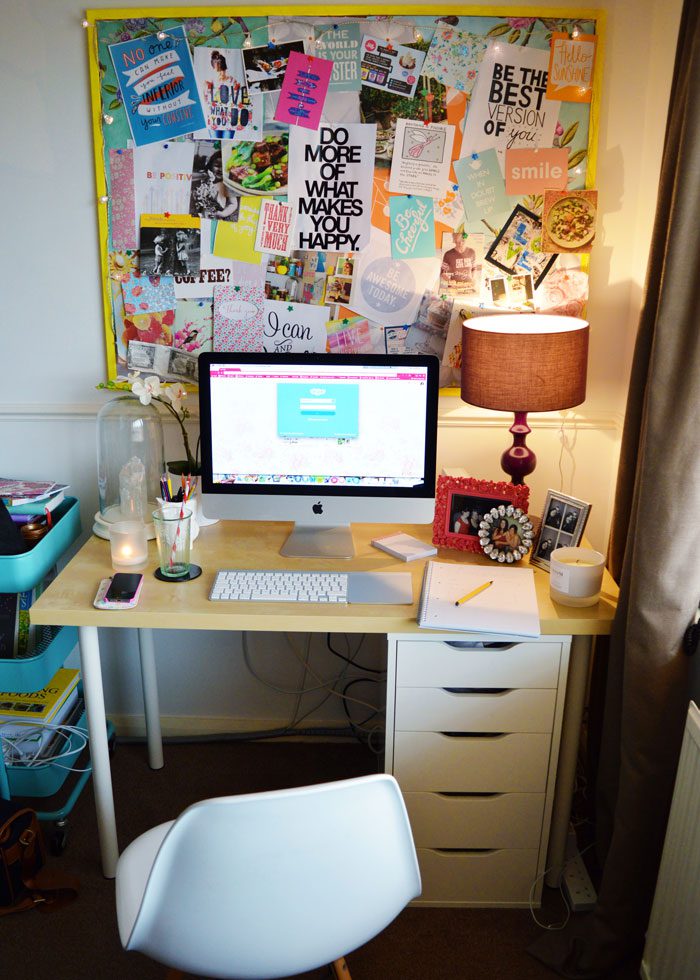 After that I went and made and then photographed a new recipe I’ll be posting tomorrow. I drank that, and snacked on a Kind Dark Chocolate Chunk Bar while I started editing the photographs, which was a tough job as the light was crap! 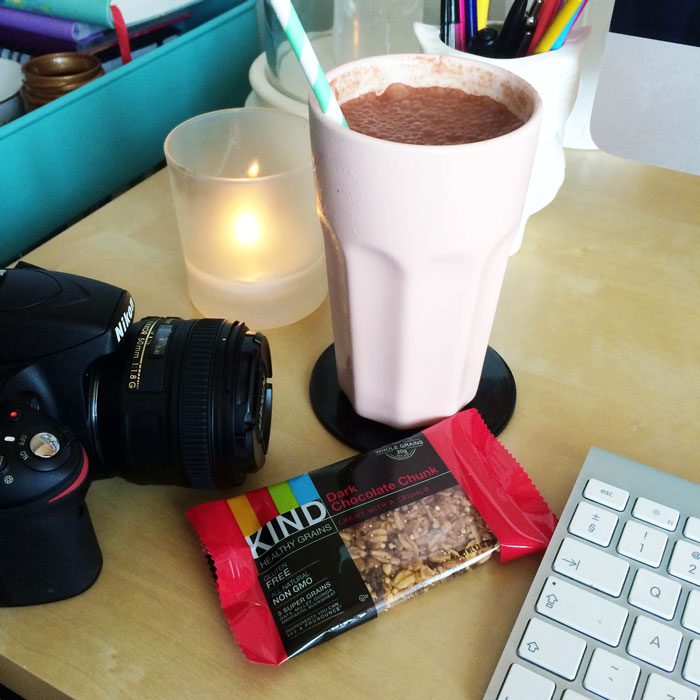 A bit later I fancied some more chocolate so snacked on a couple of dark chocolate lindor truffles my sister had bought me for my birthday: 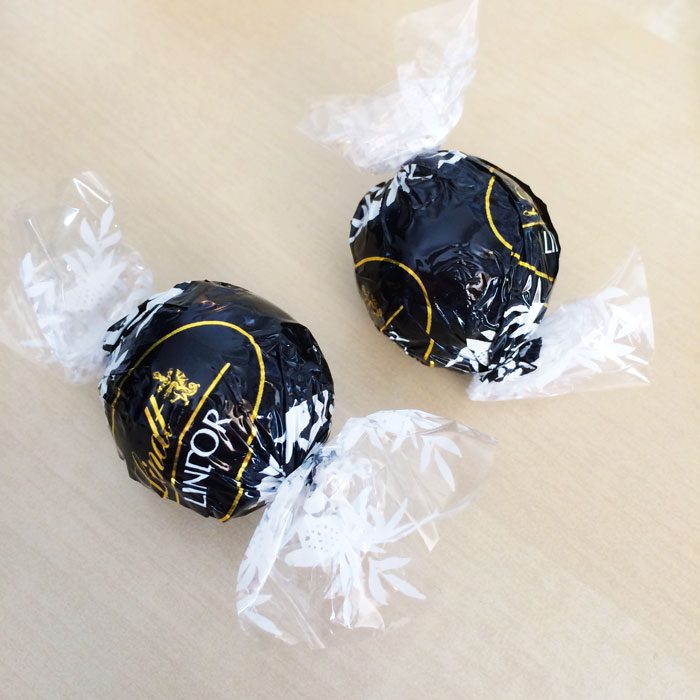 It was about that time I realised I hadn’t left the house all day and needed to get some kind of movement to prevent myself turning into a sloth! However the weather had other ideas: 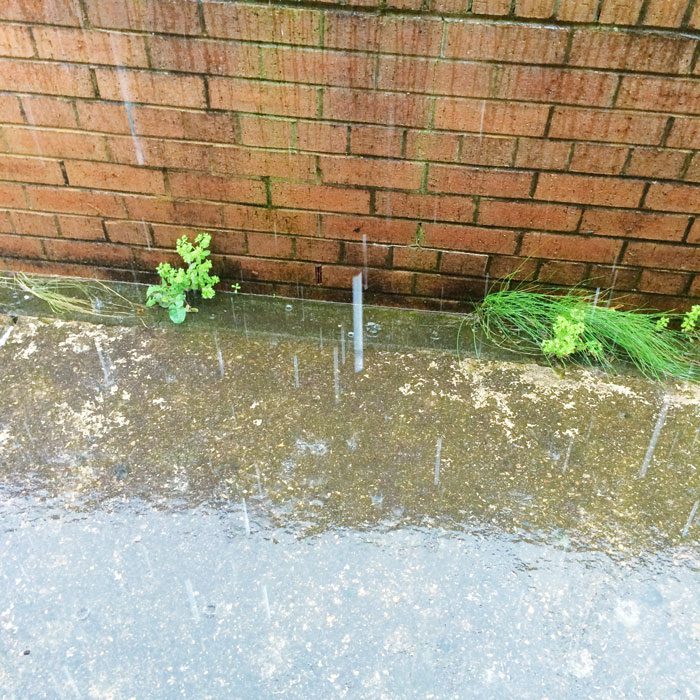 Instead of going for a walk I did about 15 minutes of yoga just doing my own thing. This is the view from downward dog: 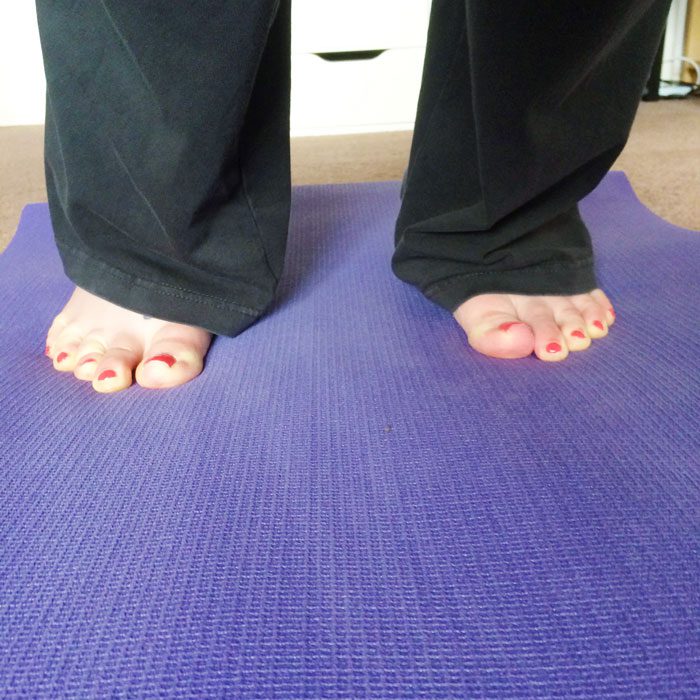 I was amazed at how much better I felt after that, I think hanging your head upside down is good for you! After that I started making dinner. I had already marinated the pork, so just boiled James some wholewheat noodles then stir fried the pork and some veggies: 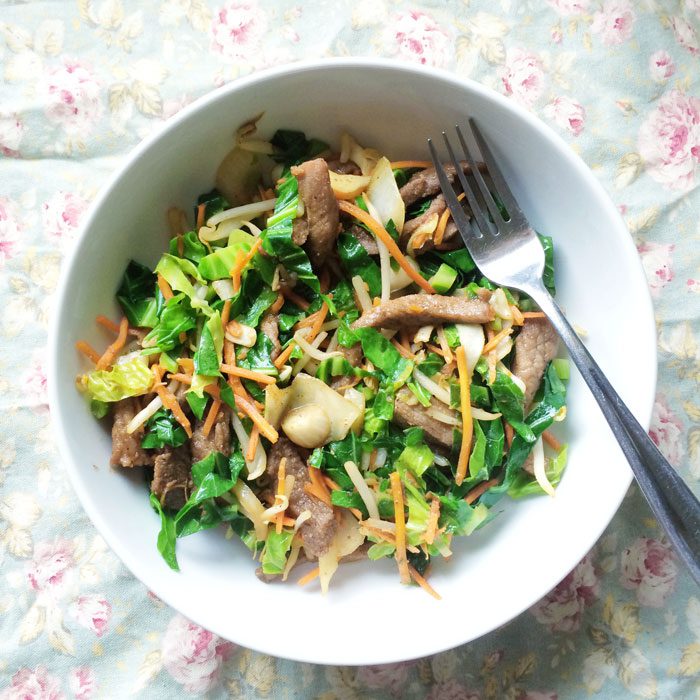 I love my Chinese 5 spice pork and that definitely hit the spot although I couldn’t finish it! We watched some True Blood we’d recorded on Sky, then a little later I pulled out some of my home made coconut milk and nectarine ice cream: 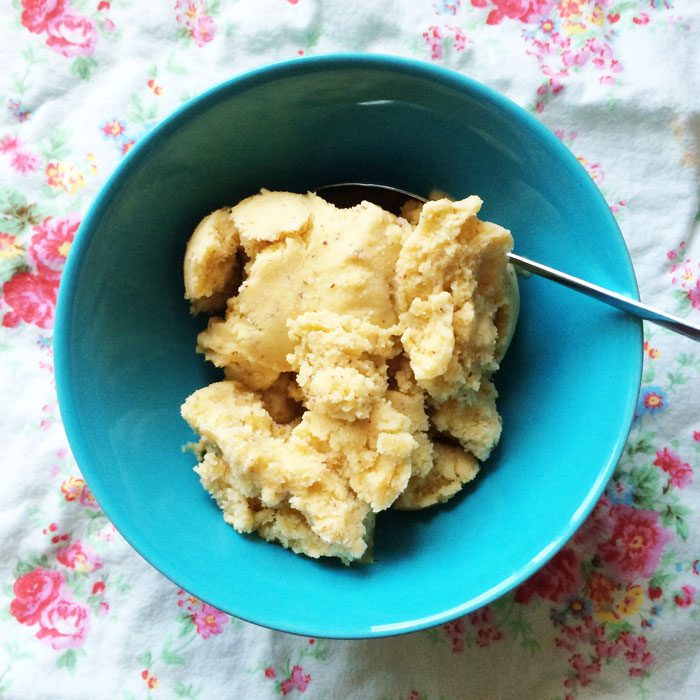 After I’d had that I started feeling pretty lousy and sorry for myself, my head cold just didn’t seem to be easing up. I made myself a double strength red raspberry leaf tea (which I’m drinking to hopefully support labour when the time comes) and read a few pages of The Desire Map which I am loving! I’ll probably do a post about a few of the books I’ve been reading recently, but they’ve really made me aware that a lot of the stuff in them I’ve been doing automatically for years and even incorporate into my coaching which is cool. 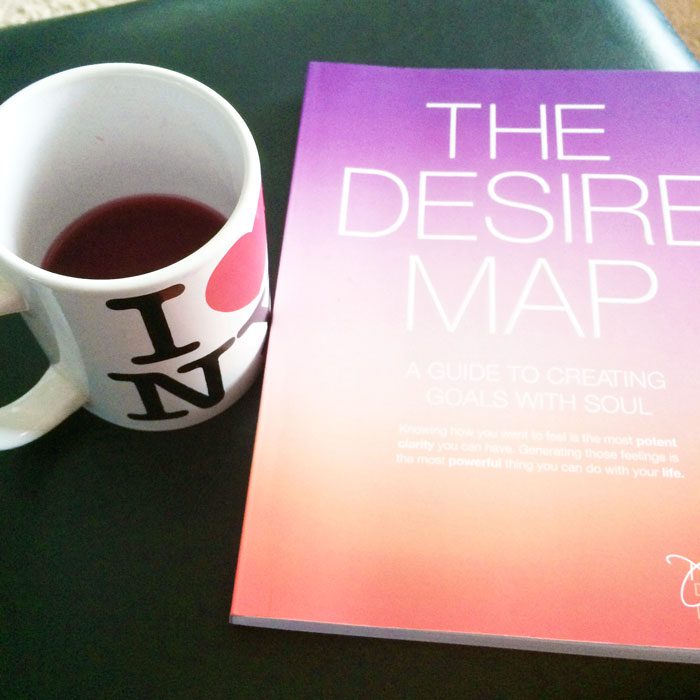 While I was reading that my parents called so I talked to them on the phone for about 20 minutes. I chatted to my Dad about a photograph one of my aunties had shared on Facebook, a very old one of my great grandmother and great-great grandmother! 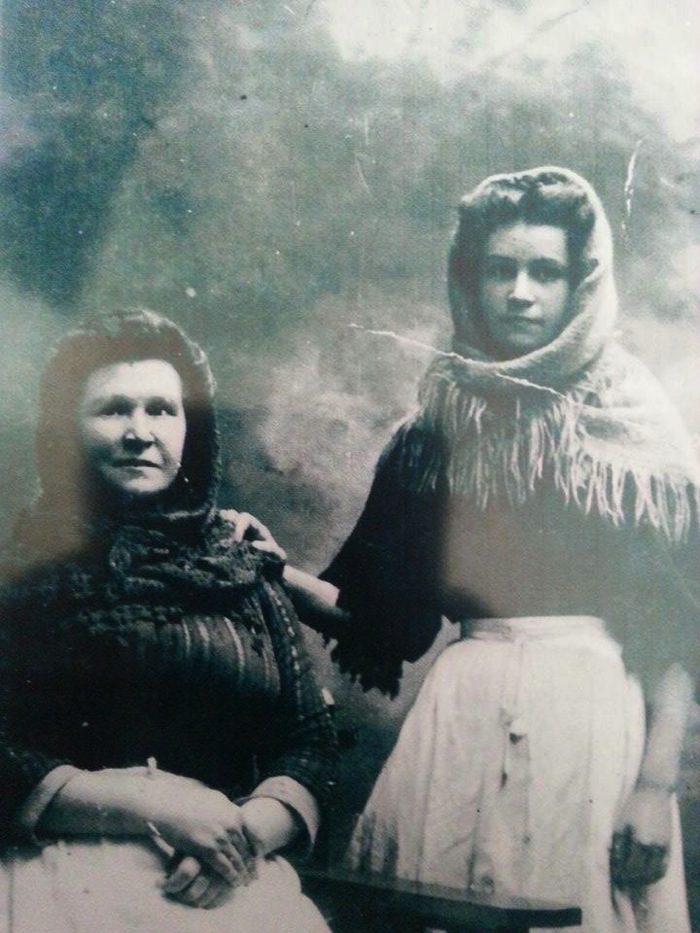 This was the first time I’d seen a picture of my great-great grandmother, my Nana had looked her absolute double! Whenever I have a fleeting worry about child birth I think of my great Nana who had 15 kids. Can you even imagine that? Amazing! After that I took myself to bed, it was only 8.30 but I must have fell asleep by 9.15, I think I needed it!

For some reason that day I’d felt like I’d hardly got anything done until I recalled the tasks I did like answering emails, blog post comments, doing the recipe intros, writing a blog post and photographing and writing another, as well as talking with a client for an hour. Add in stopping every so often to enjoy baby kicks and then domestic stuff like that yoga break, making meals and putting shopping away and I think that’s not bad considering I wasn’t 100%!

Do you do your grocery shopping online? Have you any treasured old photographs of family?