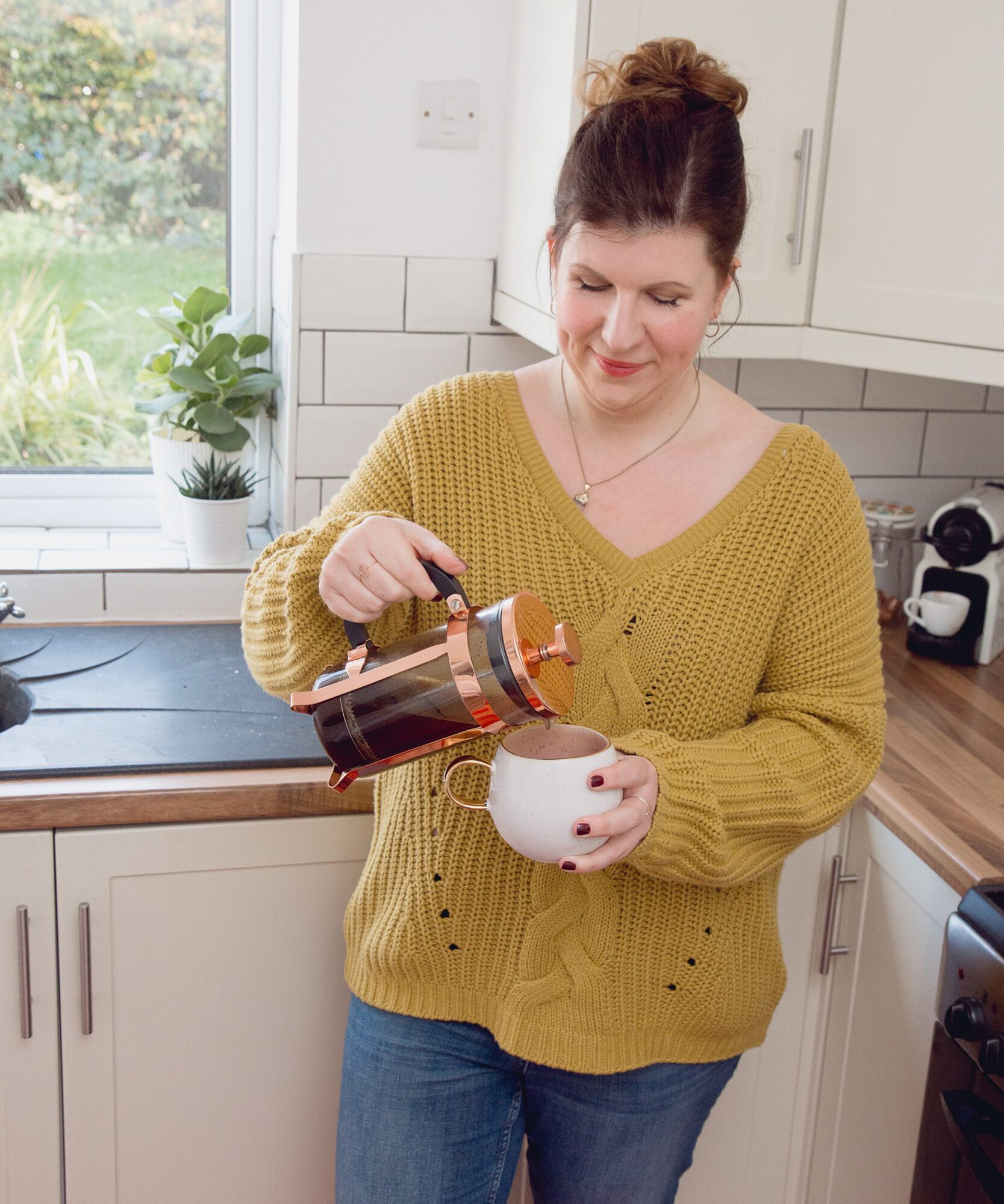 Back at the start of the year (doesn’t that feel like a distant memory now) I blogged about my wellbeing approach for 2019 and specifically my winter intentions.

I thought I’d check back in with another post, something I’m going to call my ‘Self Care Project’ with some updates on what’s been going well and what’s not been going so well!

So I started the year on a high, but quite quickly things became tricky when I got tonsillitis. I had antibiotics for that and just as I finished them I found a painful lump under my arm which was a swollen sweat gland or an abscess (sexy right). That lead to more antibiotics, and then more because the damn lump came back and then to top it off I got a nasty head cold too.

What those health dips showed me was just how much my bandwidth is affected by being poorly (the lump gave me a lot of anxiety too before it started to go down with the antibiotics). I’ve definitely found that my word of the year Flow has been the perfect choice as it really helped me be a bit kinder to myself when things weren’t going to plan.

But, that aside I’m going to celebrate my positive aspects with what did go well! The yoga retreat I co hosted at Slaley Hall went really well, it was just a lovely weekend all round.

My eating hasn’t been perfect but it also hasn’t been terrible. When I have a cold I really don’t fancy much food so end up eating a lot of white carbs just to keep me going, but I did supplement that with smoothies and probiotic drinks to help my gut after the antibiotics. Plus I’ve enjoyed trying a new recipe, this Dal from Riverford is now a favourite!

Another thing I wanted to do better this season was movement, and this has definitely been an interesting one! I did a few brilliant Barre3 workouts before my arm got sore, but I still kept to my morning workout slots before work which was a big challenge.

My pattern has been to skip working out before work because I feel the pressure of my inbox looming and just want to get on with it. But I know I need to prioritise myself, and on the days I do workout in the morning I feel so much better and have much more energy. Something that’s helped me stick to that morning workout slot before work about 90% of the time is by flowing (my word of the year again!) with whatever my body fancied. A few mornings I just wanted to go for a walk in the freezing cold fresh air, some mornings I wanted to do yoga and one day I really fancied hopping on our spin bike in the conservatory, as well as a few shorter Barre3 workouts.

Being aware that I was fighting my old pattern – that cutting a new track through the forest analogy I use a lot when I talk about mindset and change – has been really helpful too.

The other thing I wanted to address this season was my stress levels. I did get quite anxious about that lump, but other than that I’ve been ok when it comes to getting stressed. A few times I feel like I’ve noticed caffeine having an impact and just making me feel a bit scatty so I think I’ll have to go decaf for a while. I’ve done quite a few Headspace meditations which I had started to do before bed but I’ve started to see that before bed isn’t the best time for me so I’m trying to do them after breakfast on work days instead. Overall I’m feeling much more chilled and I’m definitely not getting as many headaches although I’d still like to try the chiropractor.

One other thing I wanted to share is on a mindset perspective, I’ve had so many aha’s lately, not especially in terms of wellbeing, but around money and friendship and some of my patterns. With money I can often put myself into victim mode and want to be ‘saved’ – not letting myself go back into that old pattern has been really helpful for me taking more responsibility and being a better financial custodian. Spending was something I got so much better with last year and I’m glad I spotted my old pattern coming up so I could stop it in its tracks!

With friendships an old pattern I have is feeling like I’ve been ‘left out’ – this goes right back to school and feeling like I was part of the gang and not being excluded. I have a school girl part of myself (villager for those of you who have done my free mindset course!) who defaults to feeling left out and getting scared about that. The reality is that I’m very, very lucky to have amazing friendships, I was just glad I spotted this old thought pattern popping up so I could catch it before I defaulted into school girl mode! 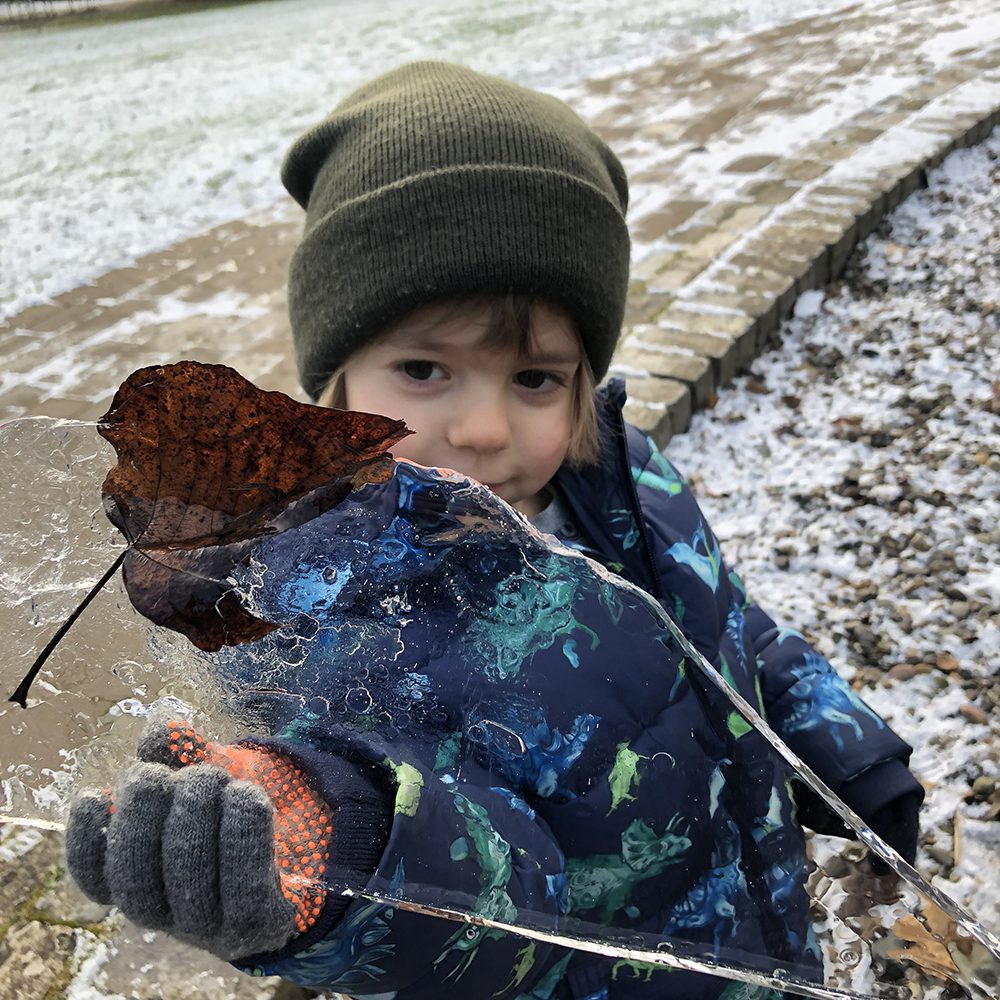 Finally, despite the colder weather me and Fin have done well getting outdoors more. On cold fresh days there’s nothing better than a walk, we played with big sheets of ice at the park and Finley loves having lots of space to run about!

Seeing all this written down is very helpful in reminding me I actually have been doing self care well!

What has your self care been like this month?